Some weeks ago I finally managed to go and see the wonderful exhibition celebrating the 200th anniversary of the Greek Revolution, at the Benaki Museum in Athens. The modern Greek state, as those of you who read my post(Here) on its 200th anniversary will know, was formed after the revolution which started in 1821 and liberated Greece from four centuries of occupation by the Ottoman Empire.

The exhibition “1821 Before and After”, brings to life more than 100 years of history (1770-1870), and includes paintings, sculptures, personal items belonging to key revolutionaries, maps, historic documents and heirlooms.

During those years, the Greek-speaking Christian Orthodox subjects of the Ottoman Empire retained their language, religion and customs, despite a strong Turkish presence. There was also a lively cultural exchange between the Empire’s various ethnic groups and nationalities—Turks, Jews, Armenians and others. This coexistence resulted in an indirect exchange of customs. Other regions, such as the Ionian islands, which never experienced Ottoman rule, nevertheless enjoyed powerful Western influences.

I shall not attempt to explain the very complicated history of those times, nor take you through the entire exhibition, which is huge, but just show you some of my favourite pieces in an attempt to give you a flavour of that era in Greece.

The Greeks developed a powerful, armed  merchant fleet, trading primarily with the Russian Empire, whose protection it enjoyed. 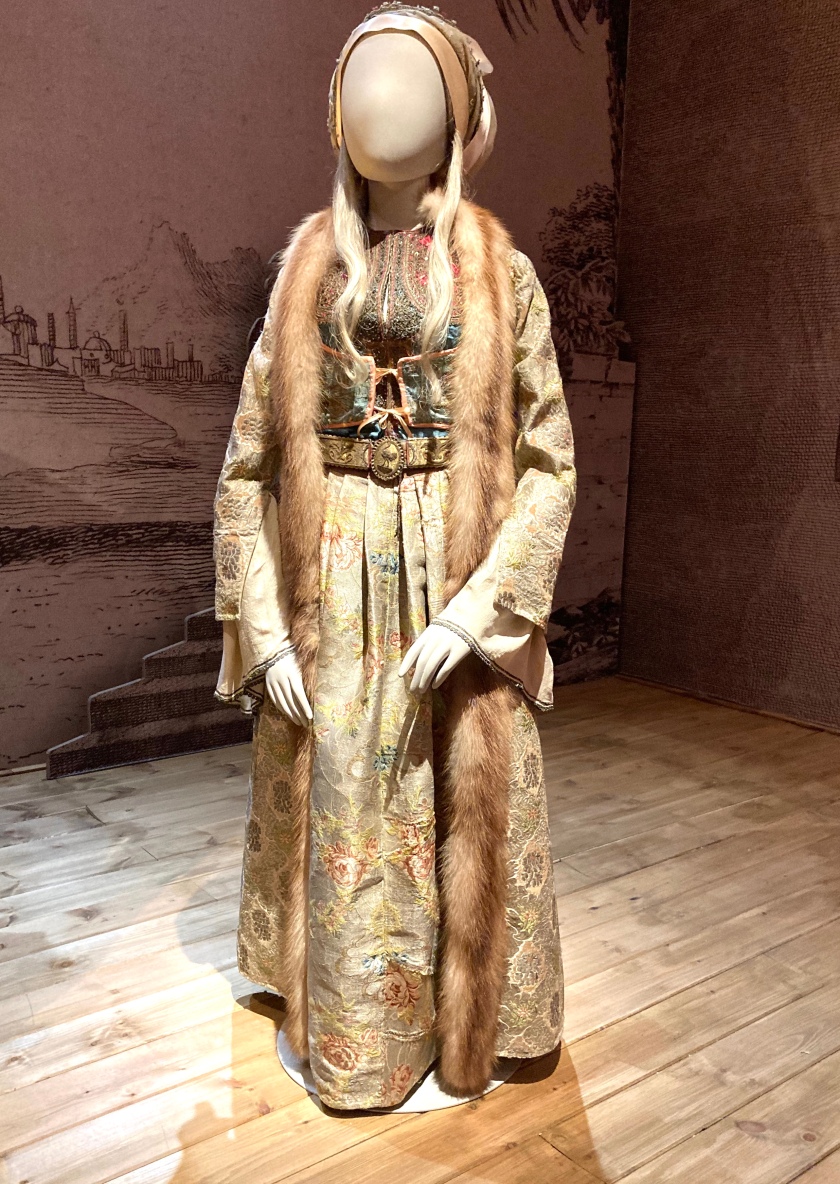 And an intricately embroidered bed curtain: 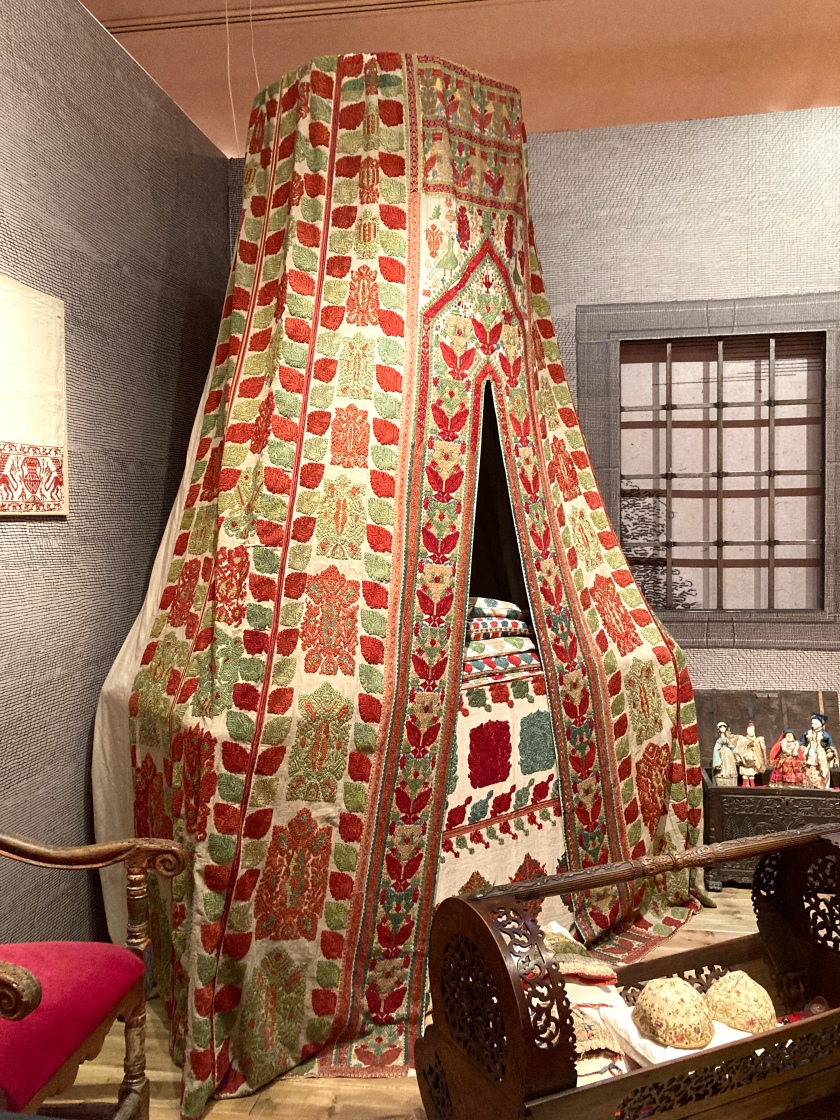 There are multiple portraits of the heroic fighters of the revolution, such as the one of Marcos Botsaris below:

And of course, the romantic figure of Lord Byron, who famously took up the Greek cause and died of fever at Messolonghi.

The battles and naval battles of the Revolution were well documented. The Battle of Samos, below, is a watercolour by an unknown artist. 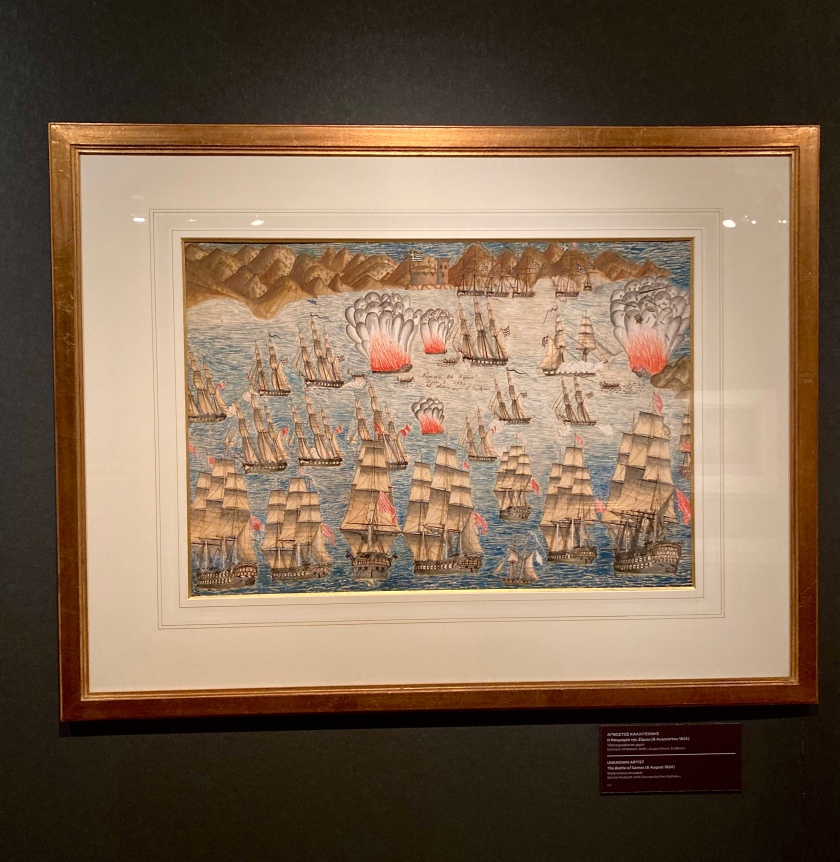 Scenes of daily life and stories of the struggle were depicted by many artists, such as the primitive artist Theophilos.

After the liberation, the Great Powers (England, France and Russia) sent Otto (Otho) the second son of King Ludwig I of Bavaria, to be the new country’s king. He was 17. Needless to say, the politics and jockeying for position of the various factions were too complicated to go into here.

Otto declared Athens his capital and brought over a team of German architects to transform what was but a village at the foot of the Acropolis into a city. These neoclassical buildings remain the most beautiful in the city today. 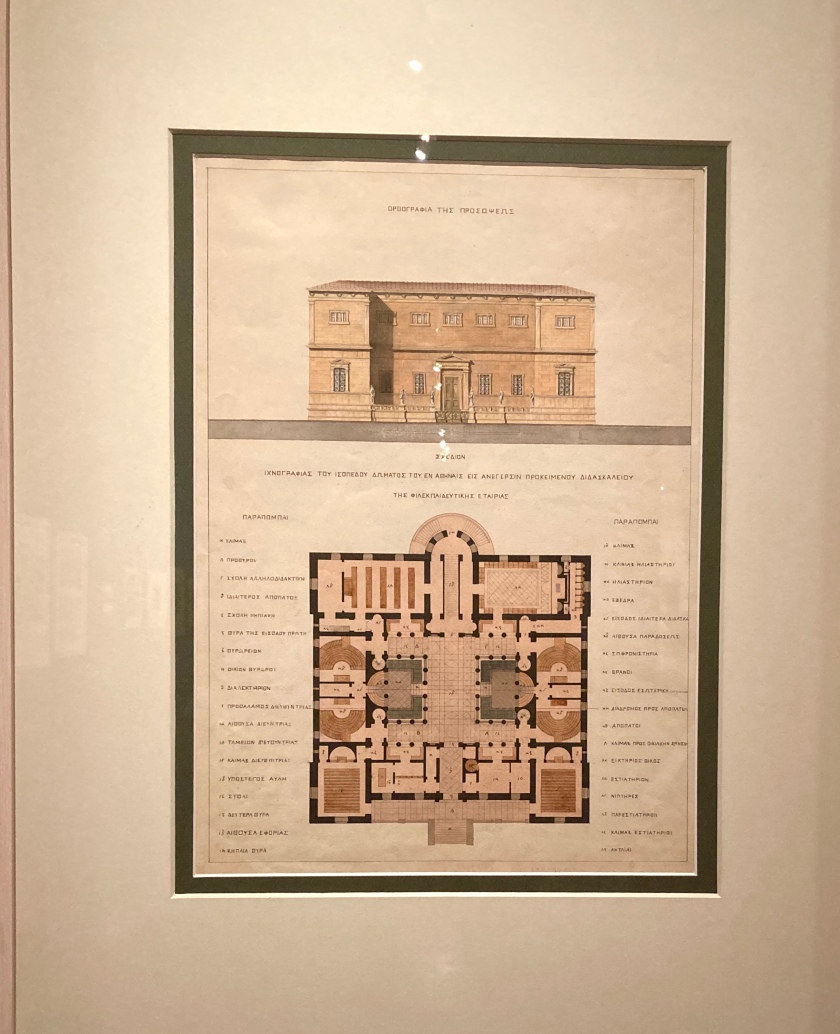 As well as telling the fascinating story of the formation of a modern state out of nothing, the exhibition also, in my opinion, sheds light on many aspects of  today’s Greece: it is a very young country still, built upon shaky foundations. Its continued dependence upon the invaluable help of the Allies—England, France and Russia—and the resulting geopolitical manoeuvring as well as the usual internal conflicts had repercussions which still wield their influence today.

14 thoughts on “A panorama of the Greek revolution”