At the Benaki Museum, in parallel with the huge exhibition for the Greek Revolution, there is a smaller show of similarly-themed works by Greek artist Jannis Psychopedis. It consists of a series of portraits of the fighters and heroes of the conflict, as well as an homage to Lord Byron. 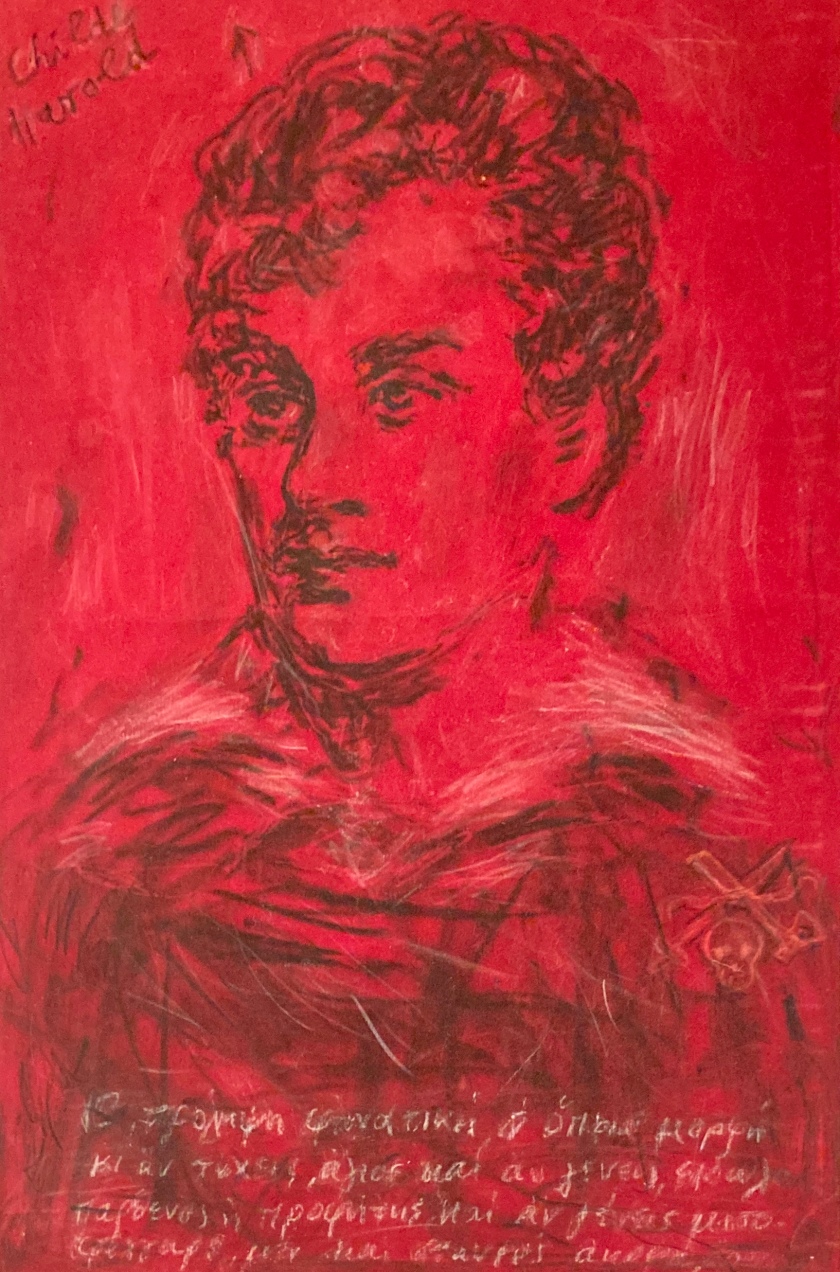 The portraits are made using various techniques—from severe monochrome Lino cuts to colourful interpretations of his subjects. 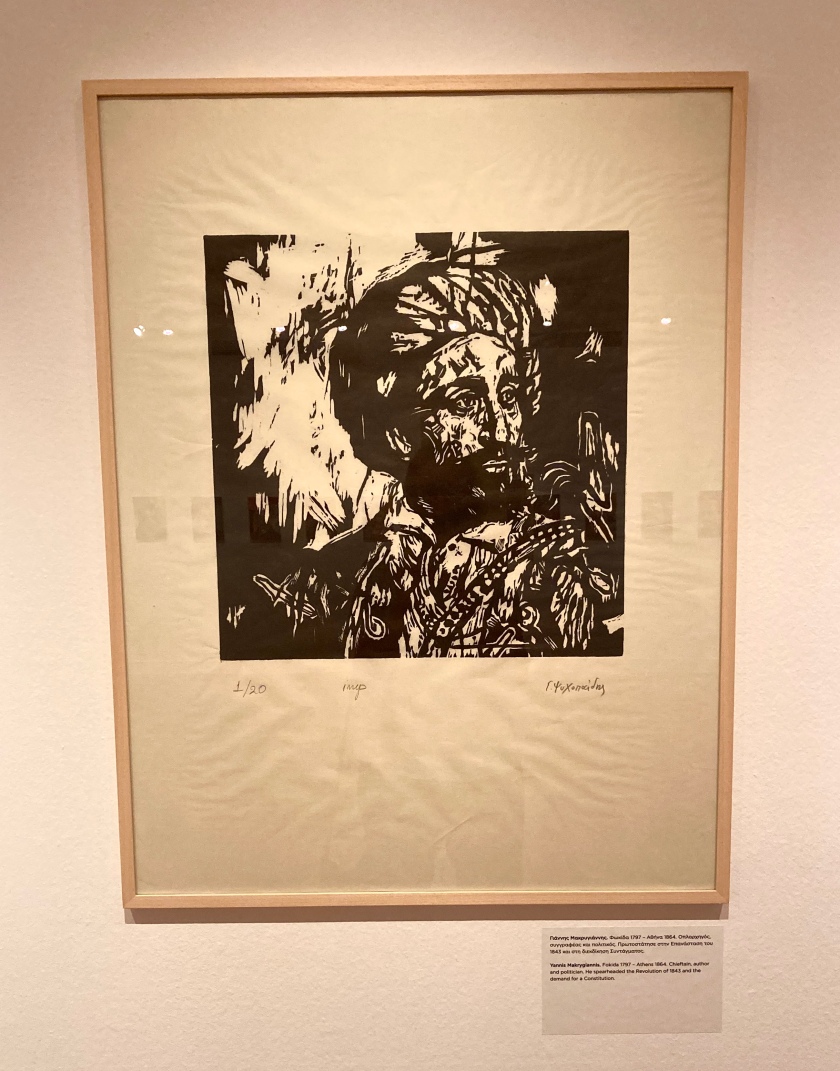 They manage to bring out the personalities of the heroes of the Revolution in a fresh and original manner. 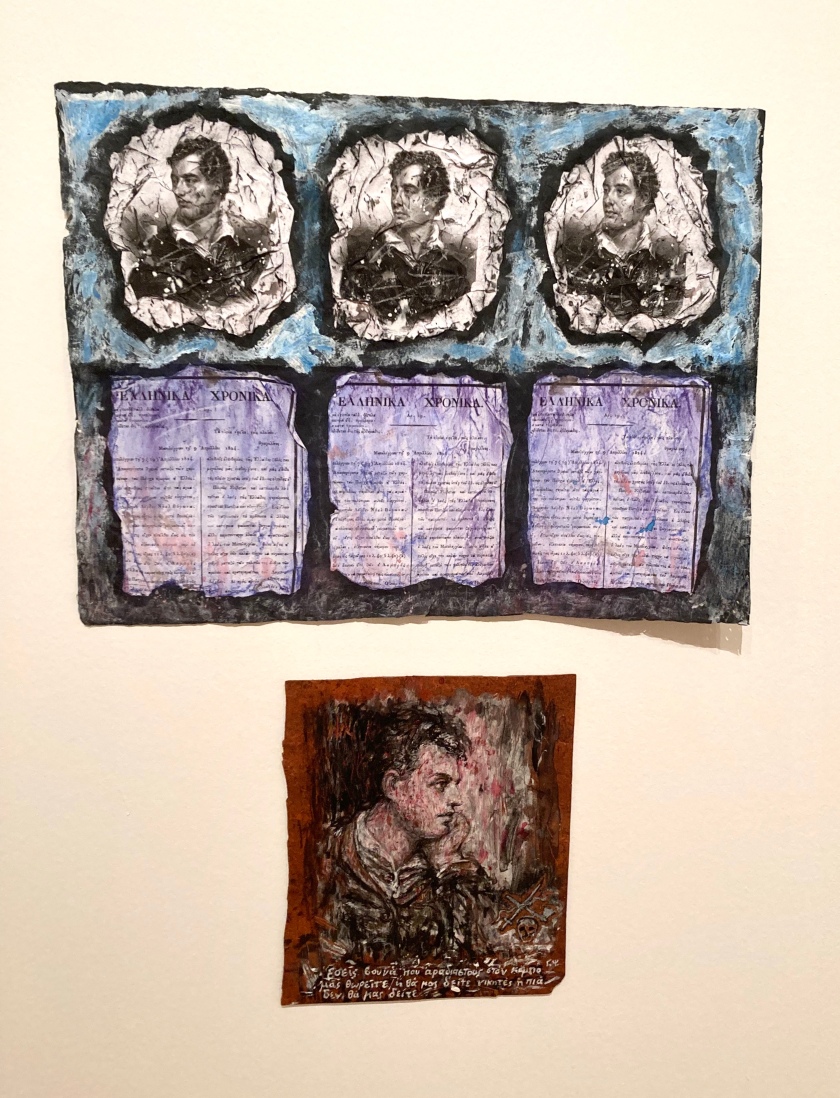 Jannis Psychopedis was born in Athens in 1945 and studied in Athens and Munich. He is one of the main Greek exponents of artistic Critical Realism, an art movement that developed in Europe after the political and social upheavals of 1968.

He lived in Berlin and Brussels and returned to Greece in 1992, where he still lives and works.

I tried to video the series on the wall to give you an idea of the overall impression, but I’m afraid the result is mediocre.

Psychopedis used lockdown to complete a lot of these works. Seen as a whole, I found them quite impressive.