Things are still festering in Greece, and no end in sight. The political scene is roiling as Tsipras tries to control his errant government, while the economy is suffering death throes and most people have had to abandon all thoughts of a holiday. The  fires are out for now, but the meltemi still blows and the danger is not yet past. The destruction has been immense.

As a relief from the constant stream of bad news, I thought I’d share some of the drawings I’m doing for a music book for children.  Written by two friends, pianists and music teachers Sia Antonaka and Roubini Mentzelopoulou, it’s a story about players of classical and modern music fighting with each other but finally ending up playing in harmony. It’s aimed at kids aged 6 – 10, and will be published by the end of the year. The book will include a cd and other teaching material, and hopes to encourage children to sing and enjoy rhythm.

It’s been very soothing as well as a lot of fun doing the drawings. For those interested, I used markers and aquarelle pencils. 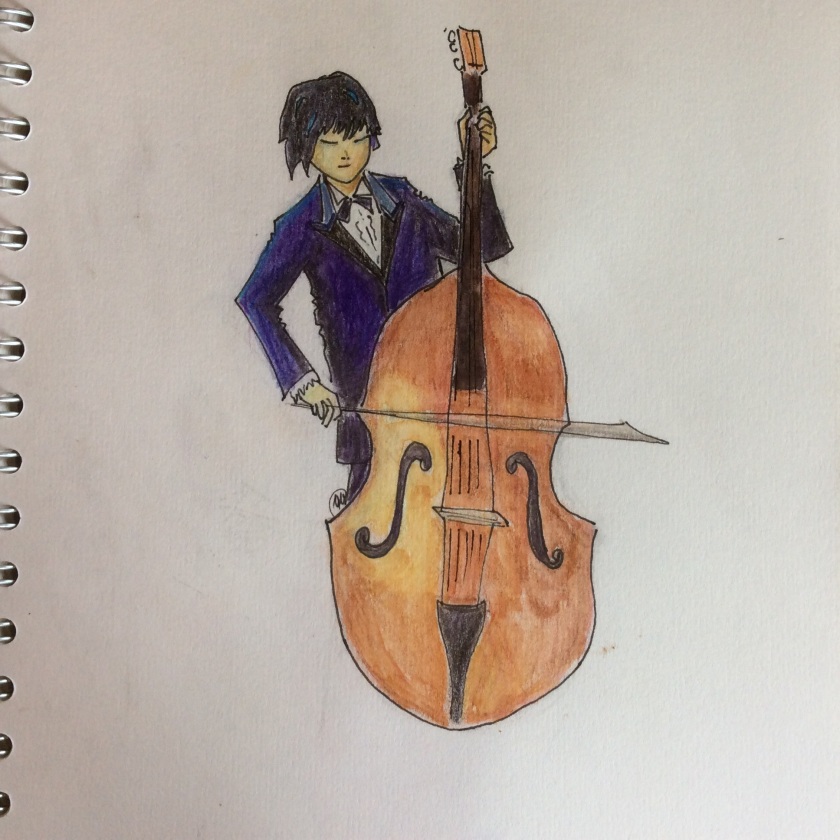 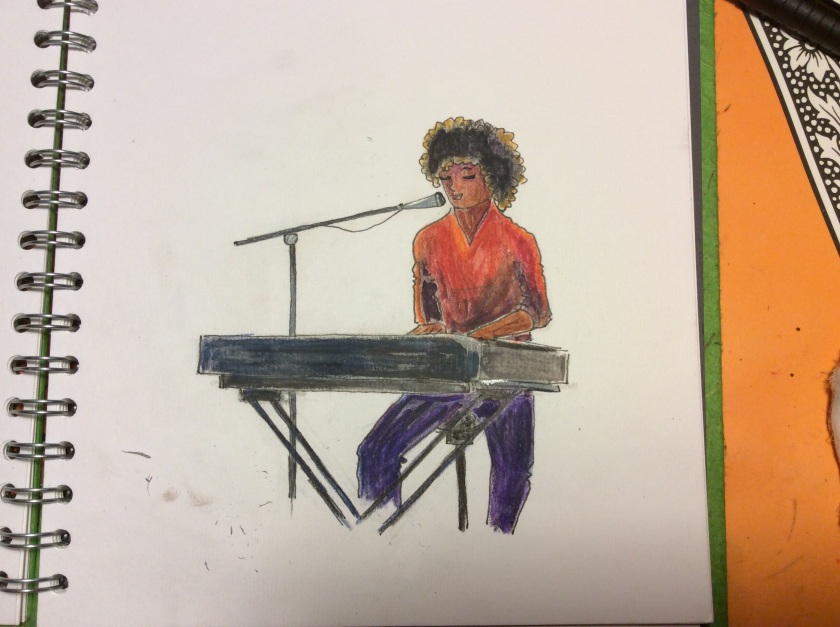 6 thoughts on “A book about music”