A while ago I wrote a post about Anselm Kiefer’s paintings at the Musée Rodin (here).

The work had left me in awe of the artist’s scope and imagination and so I grabbed the chance to see the continuation of that work, at the Thaddeus Ropac gallery, in the Pantin area of Paris. The gallery is located in a former 19th century boiler-making factory and coppersmith’s workshop of about 4700m². This huge space, all red brick and brightness, enables them to accommodate monumental artworks they would be unable to present elsewhere.

Kiefer has for years made large scale paintings where the additions of broken glass, clay, and dried flowers or plants (especially sunflowers) result in encrusted surfaces and thick layers of impasto. For Kiefer natural materials such as straw, earth, and tree roots reference both time and patterns of life, death, and decay. However, recently the plants have mostly been replaced by resin copies, since curators and collectors were worried about the longevity of the art. 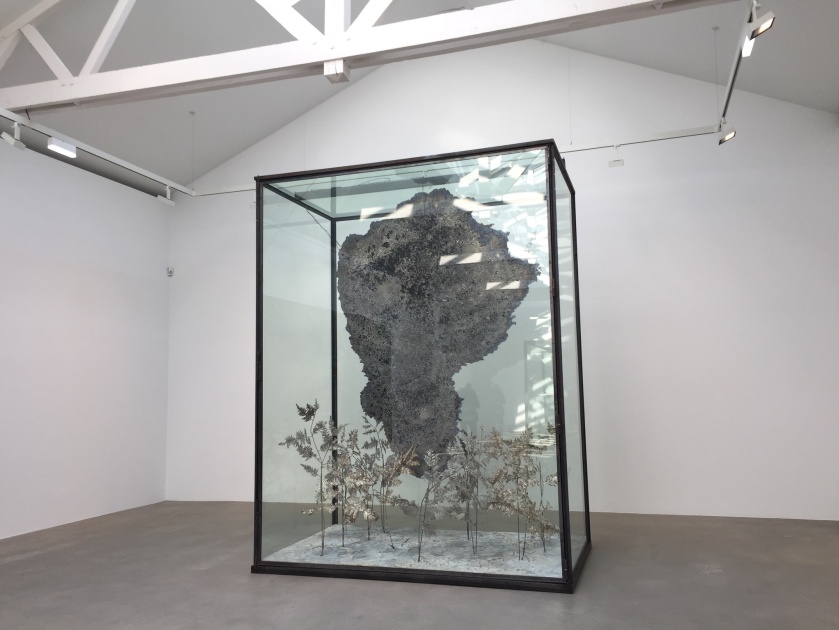 Below see a close up of the plants 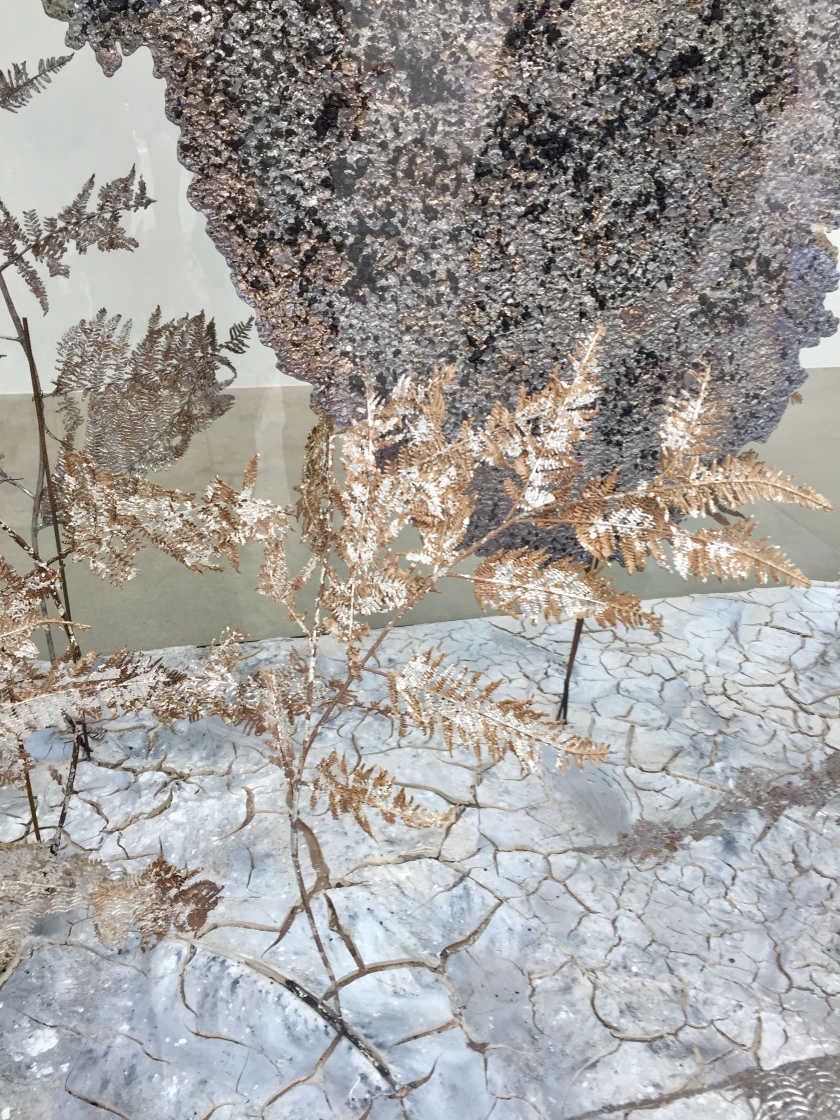 Lead also has resonance for the artist both as a medium and a subject matter. It was the base material used in alchemy and he considers it the only material heavy enough to bear the burden of history. In this new work, he melts it, pours it over the paintings and then when it is nearly set he drags and twists it into curls, pulling away the layers underneath.

Because of his interest in mythology, history, and knowledge, Kiefer often uses books as subject matter representing knowledge and civilization. Similarly, he frequently incorporates text into his paintings, including excerpts from poems, novels, and nationalist slogans as well as names of seminal figures, written in a scrawling script. 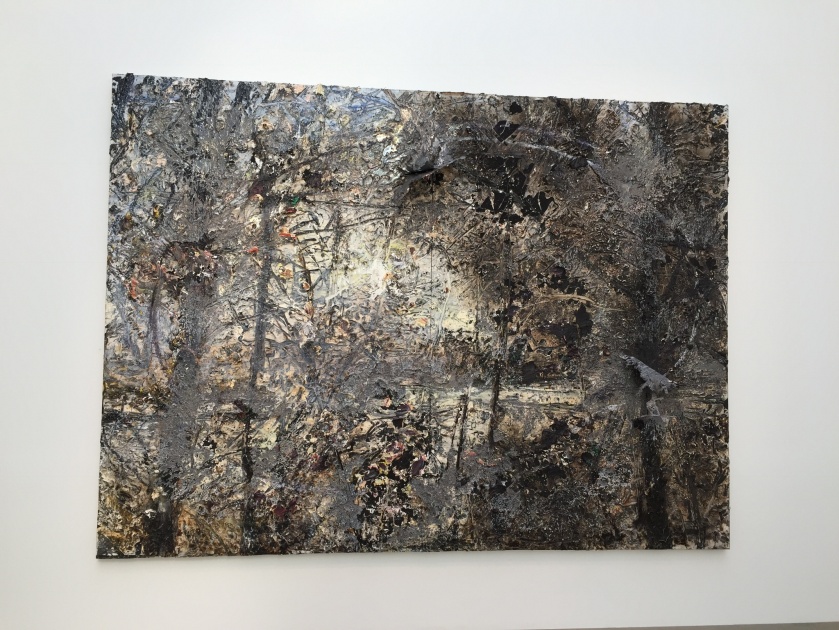 Kiefer was born in March 1945 in Donaueschingen, two months before the end of World War II. His early childhood was spent in a devastated, bombed out landscape, which both provided inspiration and shaped his later development. 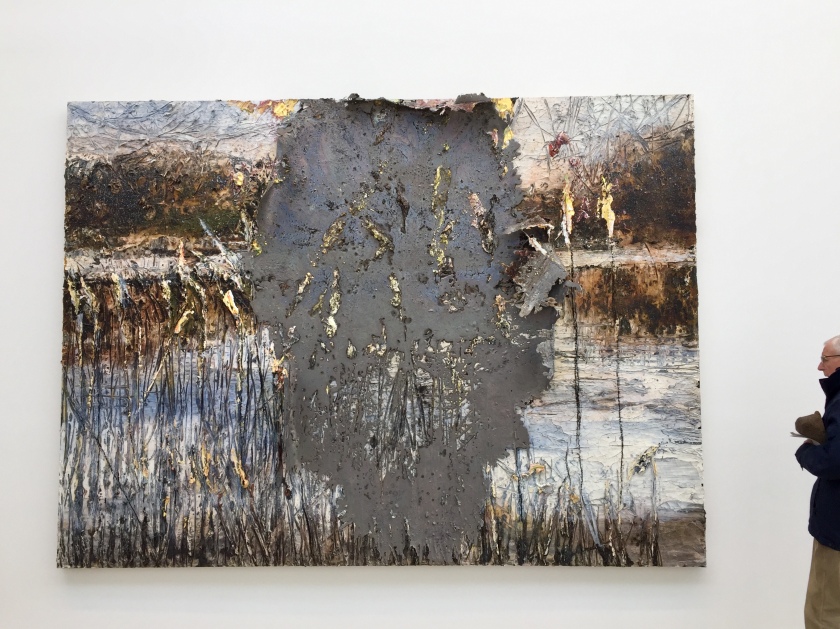 The artist is most known for his subject matter dealing with German history and myth, particularly as it relates to the Holocaust. These works forced his contemporaries to deal with Germany’s past in an era when acknowledgment of Nazism was taboo. 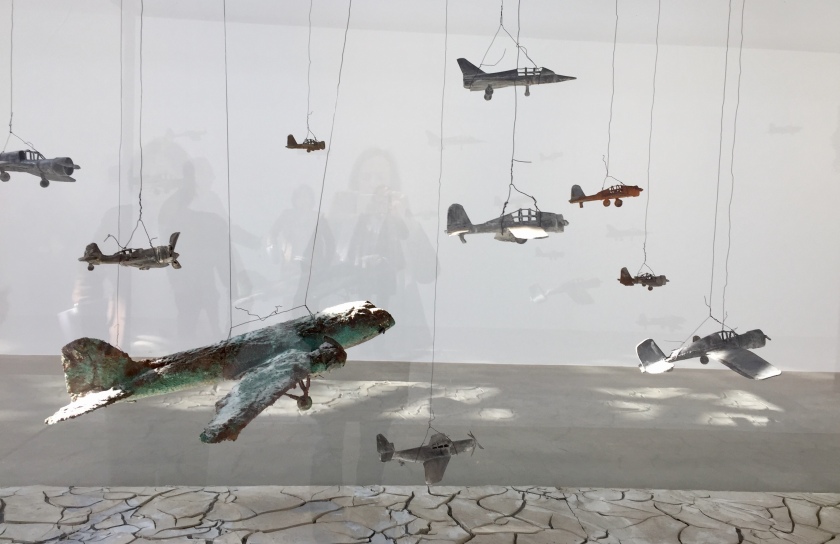 I remain fascinated by the sheer size and complexity of these paintings  and installations, so I was interested to come across the video below, which shows a little of the process of creation.