After yesterday’s post about a boy who went from being a refugee to playing basketball in the Greek A1 league, I could not avoid mentioning our ‘Greek Freak,’ Giannis Antetokounmpo.

Giannis is not an immigrant himself, but his parents were. They are Nigerian, and came to Greece from Lagos via Turkey, in 1991. 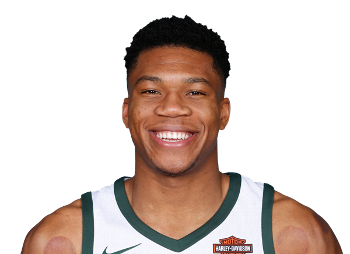 Three years later, on December 6, 1994, Giannis was born in Athens. Even though he and three of his four brothers were born in Greece, they did not automatically qualify to receive full Greek citizenship. For the first 18 years of his life, Giannis had no papers from Nigeria or Greece, and only officially became a Greek citizen in 2013.

Antetokounmpo grew up poor, in the Athens neighborhood of Sepolia. Like many other immigrants, his parents struggled to find work, so Giannis and his older brother, Thanasis, helped out by hawking items such as watches, bags and sunglasses. But Antetokounmpo’s father, Charles, was a former Nigerian association football player, while his mother, Veronica, is a former high jumper. Giannis was tall and athletic, and loved basketball, and by 2009 he was playing competitively for the youth squad of the Greek team Filathlitikos.

In 2012, Antetokounmpo joined the senior squad of Filathlitikos and played for them in Greece’s second-tier basketball league, the Greek A2 League, during the 2012–13 season.

In December 2012, just days after turning 18, Antetokounmpo signed a four-year deal with Spanish club CAI Zaragoza. However, he never ended up playing in Spain, nor with the Greek A1 league.

He made himself eligible for the 2013 NBA draft and was selected 15th overall by the Milwaukee Bucks.

Since then, he’s set many personal career heights.

At 22 years and 74 days old, he became the youngest player in franchise history to start in an All-Star Game. He also became the first Greek NBA All-Star,  and his special talents earned him the nickname ‘Greek freak.’ The awards he has collected are too numerous to mention and he has legions of fans.

Giannis is very family-oriented, and his brothers are all athletic. Despite the problems he encountered in his childhood, he lauds his adopted country wherever he goes, and has represented Greece multiple times. He served a reduced military service, as all Greek men who permanently live abroad are allowed to do.

Here’s a peek at what Giannis can do:

Is there a moral to this? Only that a lot of us have ancestors who had to move, due to different circumstances, such as poverty or war, to another country, leaving behind all they knew. Most countries owe a lot to immigration, and totally closed societies die off eventually. At the moment we are facing an unprecedented crisis, and, in my opinion, it is up to us to deal with it in a way that will enrich our communities.

14 thoughts on “From Sepolia to the NBA”