The little girl standing next to me was counting faces.
‘There’s one,’ she pointed. ‘And another!’

The sculpture before us was made of sheets of plywood glued together in layers. Three twisted pillars that reminded me of rock formations – or stalagmites (see photo on left). But as we circled it slowly, human profiles revealed themselves: some impassive, some stern, some faintly smiling. The little girl got excited, and so did I. If you look at the photo above, and the close-up below, you will see what I mean. This was one of the most deceptively simple, yet, upon inspection, incredibly complex pieces of art I’ve ever seen.

When asked if some of the faces somehow ‘appear’ when he’s creating the piece, Tony Cragg is firm. Everything is meticulously planned. He takes pencil to paper and sketches out every facet of a new idea before converting it to 3D. Sometimes this proves impossible – his imagination has run away with him. Some ideas never evolve beyond the drawing stage, but if the drawings themselves are lovely, the completed sculptures are breathtaking.

On September 8, a cosmopolitan and mostly young crowd gathered at the Benaki Museum for the opening of Tony Cragg’s sculpture exhibition. Cragg, 66, born in Liverpool, winner of the prestigious Turner Prize in 1988, has never shown his work in Greece before. He appeared happy to explain his thought processes as he stood in the auditorium, looking relaxed in an open-necked shirt. The audience enjoyed his engaging narrative which was accompanied by a slide show, and afterwards plied him with questions and requests to sign their catalogues.

Wandering amongst the works after the talk, my overwhelming urge was to touch them. Their curved, smooth surfaces cried out to be stroked. 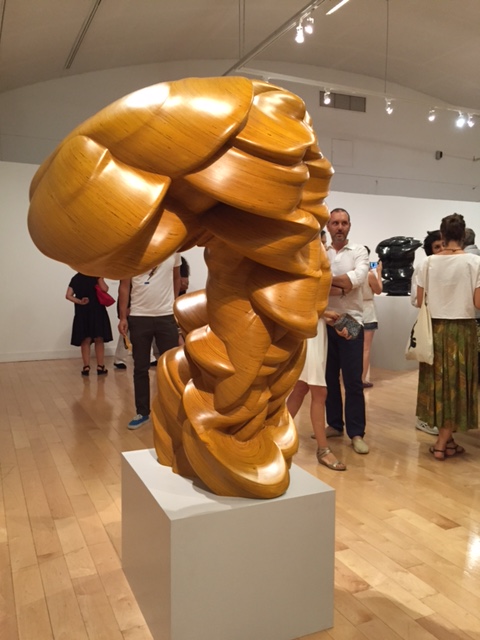 Cragg uses natural materials such as wood, polished stone and bronze as well as mirror-finish steel and even plastic.
The sculptures are very different. Some are squat and grounded. 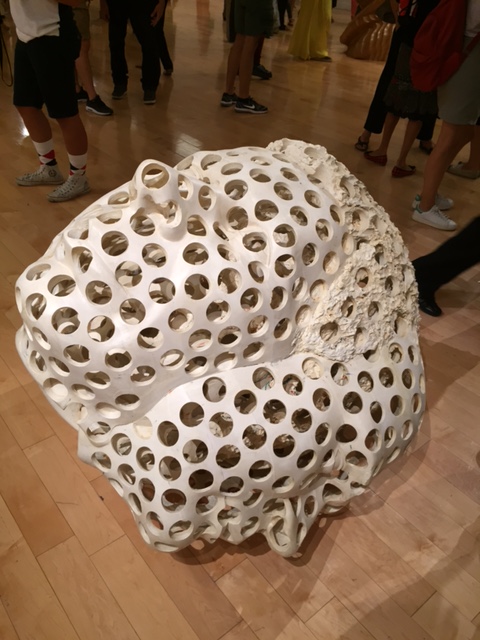 Some seem to be leaning into the wind, their surface eroded into the outlines of human profiles. Others soar upwards. Yet they all emit the same energy, their shapes shifting depending on where you’re standing.

As I was leaving, I stopped to admire a few of the bigger bronze sculptures dotted about the museum’s wonderful courtyard. 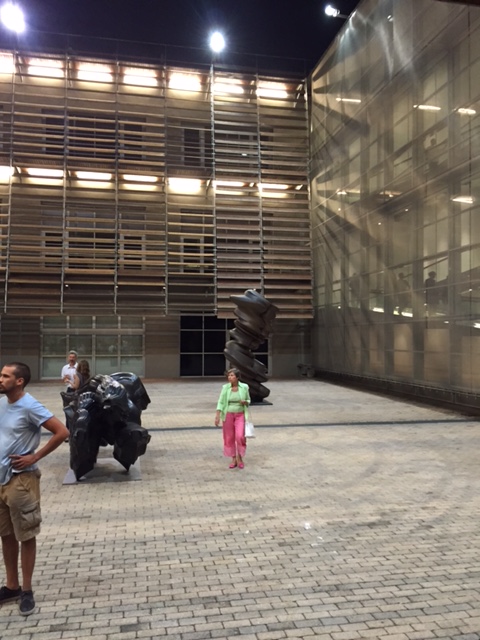 The exhibition was curated by Xenia Geroulanou of the Thaddaeus Ropac Gallery,  who has represented the artist for 20 years; the Benaki Museum; and the artist himself, who loaned all the works from his own foundation.

*For anyone interested, below is the link to an article about Tony Cragg written by Vanessa Wildenstein for Athens Insider Magazine.

*For those in Athens, the exhibition runs until November 8, 2015.