Organic extra-virgin olive oil, wild herbs, cheeses from around Greece, Cretan honey, truffle salt. Artisanal breadsticks and ‘spoon’ sweets. Selected wines and pasta. All those things that are sometimes hard to find, even if you live in Greece, are now only a few clicks away.

In one of those coincidences that seem to occur occasionally, right after writing my post on Greek cuisine I chanced upon an article in the Sunday papers. It described an e-commerce site, Yoleni’s, which sells a wide range of top-grade products from all over Greece. Checking them out, I found myself on a virtual foodie journey: you navigate the site via the different regions of Greece, sourcing products lovingly described. They even have a large number of delicious recipes to temp you into experimenting. The site is in three languages – Greek, English and German – and they deliver to anywhere in the world.

I got in touch with Yannis Georgiadis, one of the co-founders of the enterprise.

Tell me, Yannis, how did Yoleni’s come into being?

Yoleni’s was started four and half years ago by five friends. The logic behind it was to combine traditional products with e-commerce. At the time this did not exist in Greece. Our ambition was to provide our customers with the best Greek products available on the market; to give shopping for food a new twist. Before going online, we spent a very long time working on our content. We imagined our customers travelling through Greece, finding specialities from different regions, accessing traditional recipes.

Can you give me some numbers?

We opened online in 2014, and in the last two years we have built up our range to include 2.000 products, sourced from 180 producers based throughout Greece. In 2015 we notched up 11.000 clients and sent out 6.000 corporate gifts around the world. We deliver to 47 countries, and that is excluding the US, which has its own site, yolenis.us, as well as its own warehouse and distribution network.

So you are getting quite well known.

What has helped is winning some awards, the most important of which was the Hellenic Entrepreneurship Award in 2015. This provides winning companies with interest-free funding, mentoring and a range of business support services. With their help, our aim is to open our first retail store in Athens in 2016, followed by stores in the USA. Then we hope to expand further through a franchise system.
Also in America we are the exclusive providers of all the products for The Cooking Odyssey, a TV show aiming to bring its audience the traditions, culture and recipes of the Mediterranean.

How do you source the products you sell?

In the beginning we travelled all over Greece, meeting the producers and striving to persuade them we were capable of selling their produce online. This was a totally new concept for them and they were dubious at the start. Then they saw how much we invested in each product, talking about it, photographing it, connecting it to specific recipes. Now it is they who call us, asking if we can sell their products.

How do you choose which products to take on?

First let me say that we buy the products outright. Then we have three main criteria: The products must be Greek. They have to be free of conservatives. They must have the necessary certification for export.

Have you been affected by the crisis?

PayPal going down because of the Capital Controls did not help. Of course there has been a positive side to the issue, since Greeks were forced to use plastic money, which they mostly avoided before. What worries us now is the possibility of the closing of the borders, if we are thrown out of Schengen. It is difficult to imagine how that would affect exports.

What are the main obstacles you faced?

In Greece, people are not used to shopping online, especially not for food. We think opening our flagship store in Athens will help, since customers will be able to taste foods before buying. At the moment we see that they look at things online again and again before deciding. Of course, once they’ve tried something they come back for more, so we must be doing something right!
People abroad don’t know about many of the products we sell, so they have to be educated – and that takes time.

Tell me a little about running the company

We started with 5 people and we are now 18. In that time there have been a lot of changes  because of the crisis, but not only. We invested a lot, both in time and money, on the content of our company, and we are now starting to reap the benefits of that. The idea to connect traditional organic products with an e-grocery did not exist before in Greece.
We run the company in a very relaxed, informal, family-style manner, focusing on teamwork.

What are your bestsellers?

Definitely honey, followed by refrigerated goods like cheeses and cold cuts, then corporate gifts; and extra-virgin olive oil, which we mostly sell abroad. Greeks usually have  their own source of olive oil, from relatives in the countryside! 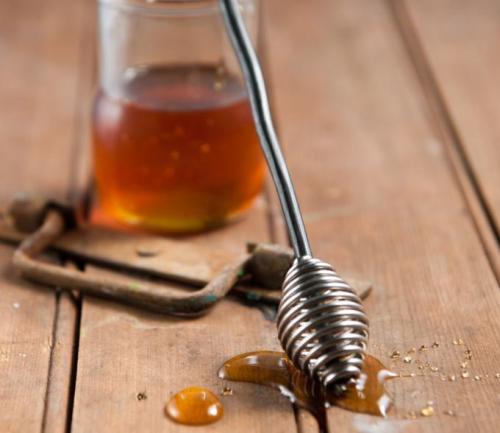 After I said goodbye to Yannis, I went on the site and ordered some cheeses from Andros, truffle salt and some lovely buffalo sausages. There is a huge selection and each product is accompanied by short texts about its history, about the history of its place of origin, and about the producer. Each product is also linked to a couple of recipes to give ideas to cooks! My mouth was watering as I browsed.

If you have a couple of minutes to spare, click here. You will come upon a short video explaining Yoleni’s concept.