This morning I came upon the following text in one of the papers:

“BRUSSELS is temporarily abandoning plans to ban high-powered kettles and toasters to avoid giving anti-EU campaigners fresh ammunition in Britain’s “Brexit” referendum, it has emerged.
The decision to shelve the plans until after the vote on June 23 comes as Brussels tries to minimise its reputation for meddling in voters’ lives.”

There followed someone’s description of the new, Eco-friendly toasters: “I think I must have bought a Euro-toaster, I have to put the bread in five times and it’s still pale and pasty. Perhaps it’s powered by windmills. And the kettle? Watching a kettle boil has never been so boring.” 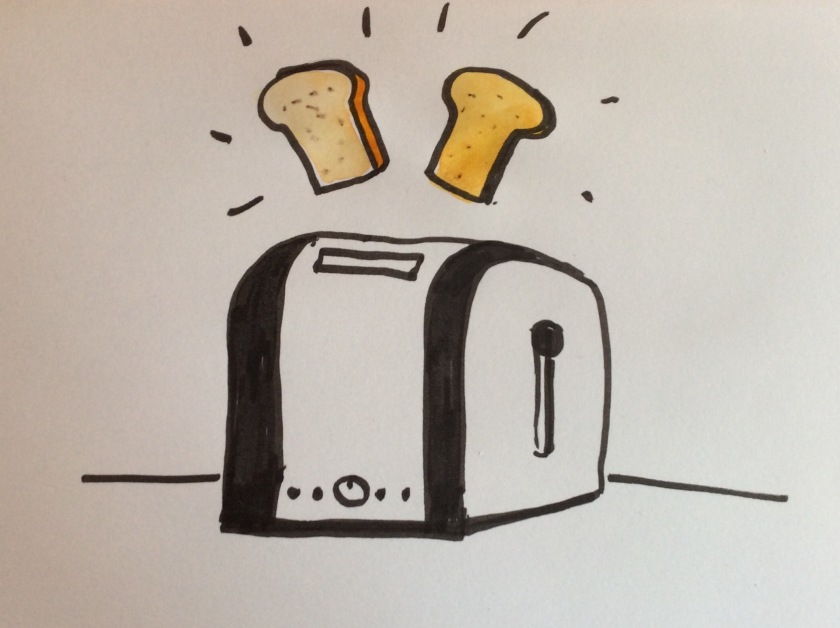 People of Brussels, it’s time to get your priorities straight. Europe is crumbling, splitting at the seams. There are huge issues requiring immediate solutions if catastrophe is to be averted. Schengen ? The refugee crisis? The euro? The whole fiscal/legal framework ? There’s plenty to choose from.

And yet, instead of working flat out on those, they are wasting time banning local cheeses for not being pasteurized enough, or forbidding Italian farmers from putting (natural) chlorophyll in those delicious huge green olives (I was told this by the man in the local deli – he also cannot get his customers’ favorite anchovy paste any more, because it had some ‘forbidden’ ingredient – which people have been consuming for umpteen years, meanwhile.)

No wonder the Brits are thinking of getting out. I will not debate the merits of this, I’m not informed enough to have an opinion; but OK, people, get your priorities right. European taxpayers are paying fat salaries to endure nitpicking and PC meddling in their affairs,  while serious issues are left unsolved.

9 thoughts on “A ban on high-powered kettles – seriously?”