To a lot of people Lent means giving up something they love, such as meat, or chocolate, or cigarettes. It’s all about self-denial. In the Greek Orthodox religion there are strict rules that govern fasting around religious holidays. For example, the week before Clean Monday and the beginning of Lent is called the Cheese-eater (Τυροφάγου – Tyrofagou): in order to start cleansing the body and preparing it for Lent, you give up meat but are still allowed dairy products. Then during the 40 days of Lent there are some days when olive oil is allowed and others not, culminating in Agia Evdomada (Αγία Εβδομάδα – Holy Week) which is the week before Easter and the strictest of all.

People follow these rules more or less strictly, depending on their upbringing, personality and circumstances. Some believe in self-denial and make do with a couple of boiled potatoes or lentils boiled in water. But the human spirit tends to find ways to make the best of things; and so a whole cuisine has blossomed around the Lent fast. These foods are called Nistisima (νηστίσιμα) in Greek.

On Clean Monday only, bakers make lagana, a special unleavened flat bread, light and crusty, sprinkled with sesame seeds. The origins of the bread and its name are lost in the depths of time, but it goes great with the ubiquitous taramosalata , a dip made of salted and cured cod’s roe, whipped with breadcrumbs or boiled potato, olive oil and lemon juice.

The menu also comprises seafood like cuttlefish, octopus, shrimp and mussels, which can be simply grilled and served with oil and lemon, or braised with tomatoes and mixed with rice or pasta. There are black-eyed beans, spicy giant beans baked with tomato, and dolma, rice wrapped in vine leaves; loads of vegetable dishes in various combinations, and lovely fresh salads.

As for dessert, again we have developed many recipes for cakes and cookies that conform to the rules (no dairy). And there is always χαλβάς (halvas) similar to the Arabic “halwa”, which is made of tahini, sesame paste, and sugar, to which are sometimes added pistachio nuts or cocoa. This you buy ready-made at the baker’s or supermarket and it is served sliced thinly, sometimes accompanied by slices of apple sprinkled with cinnamon. It is extremely sweet, and so nourishing it could sustain polar explorers on their journeys!

The monastic life entails many days of fasting (the monks never eat meat), and so it is not surprising that monks are adept at this cuisine. Monks can make as brilliant cooks as anyone, and I’ve heard plenty of stories of memorable meals eaten by people visiting Mount Athos in particular. Mount Athos is an autonomous monastic state within the Hellenic Republic, where 20 Eastern Orthodox monasteries are home to over 2,000 monks from Greece and other countries.

They live an ascetic life, isolated from the world, but they get a lot of visitors: some are on a religious pilgrimage, others come because of the extraordinary beauty of the monasteries and the nature surrounding them. Many are interested in the rich collections of well-preserved artifacts, rare books, ancient documents, and artworks of immense historical value. Finally there are people who want to sample what they see as the simple life, even for a short while.
Unfortunately no women are allowed within the borders of Agion Oros (the Holy Mountain), as it is called. But I looked up their fascinating site and found a whole recipe book of Nistisima in both Greek and English, with accompanying photographs.

There is a huge selection and most recipes are quite simple to prepare, although the translation can be slightly excentric (but use your imagination, people!)  I encourage everyone to browse, (click here), but I have copied a couple of the recipes as a sampler. 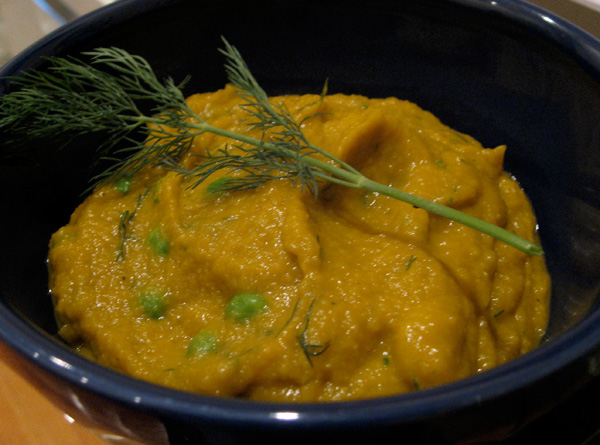 Put the split peas, the water, the chopped onion, the potatoes, the chopped peppers and half of the oil in a pressure cooker.
When they have softened, blend. Put in a serving plate and sprinkle with the fresh chopped onions and the dill or oregano. Pour over a little oil and lemon. Serve warm or cold, with bread.

For the syrup: 3 cups sugar – 2 ½ cups of water – 1 tablespoon lemon juice – 2 cinnamon sticks.  Preparation: Beat tahini and ¾ cup water with the lemon juice until it turns white. Successively add sugar, orange juice, water, cinnamon, carnation (cloves) and mixing the semolina mixture. Pour into pan (40×35 cm) and sprinkle almonds over the surface. Bake at 180 degrees for 45 minutes. Meanwhile, prepare the syrup by boiling all the ingredients together until thickened. Let cool and as soon as the semolina pie comes out of the oven, pour over immediately.

The monks even have an e-shop selling various products. Their recipes are full of good ideas for vegetarians, but also for everyone else. All the photographs are from their site.