In contrast to the depressing news from Athens I have been reporting lately, a magical evening awaited us at the Odeon of Herodes Atticus,  where the star dancer Carlos Acosta and his company performed for one night only.

At the entrance to the ancient theatre a huge full moon greeted us—during the performance we could see it rising slowly above the stone walls. 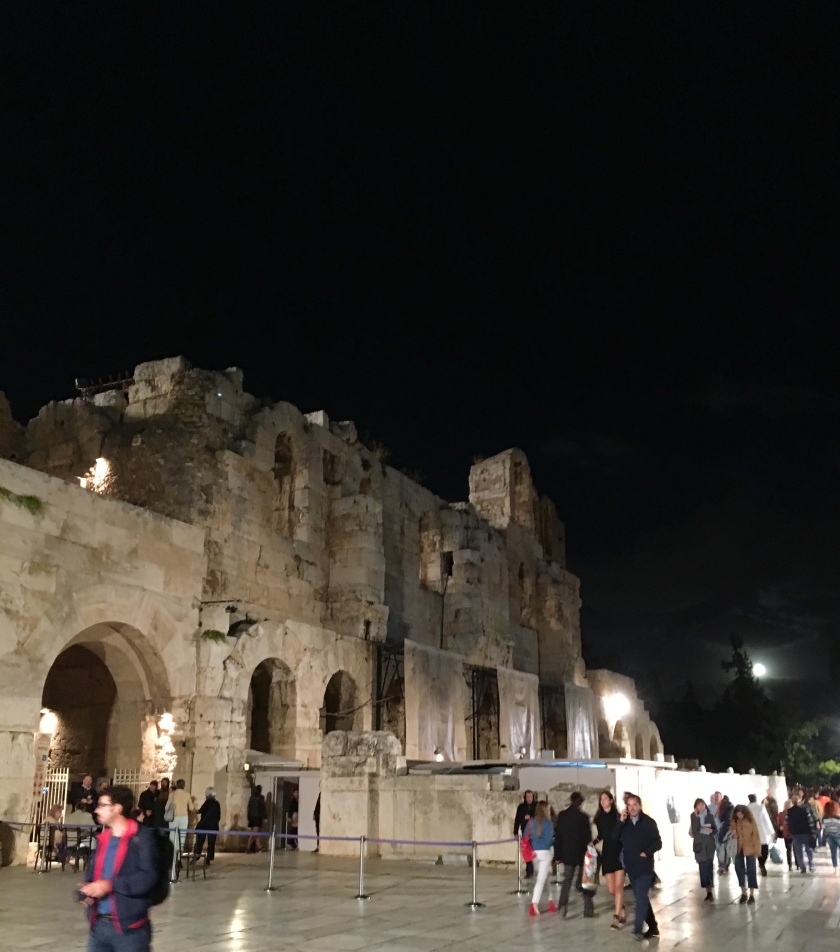 Despite a brisk breeze which meant people were wearing jackets (the side effects of a weather front aptly named “Xenophon”), the stands were packed with an enthusiastic audience.

The performance itself exceeded all expectations. The music was a mixture of contemporary, flamenco, and tribal African, and the repertory included works by the Belgium-based Sidi Larbi Cherkaoui, Cuban choreographer Marianela Boán and company member Raúl Reinoso. The last piece was accompanied by a medley of old Rolling Stones favorites, such as Little Red Rooster, Lady Jane and Play With Fire.

The 25-member Danza Acosta company is made up of a racially diverse group of young people who combine grace with unbounded energy and exude joie de vivre. They are agile, well-trained young Cubans, many of whom gave up good positions in prominent dance troupes to follow the call of a national hero. Acosta is undoubtedly the star of the show, but he didn’t hog the limelight. Everyone got their chance to shine.

Acosta was born in a very poor neighborhood of Havana, Cuba, on  June 2, 1973. He was the 11th and last child in his family, and grew up occasionally shoeless, with no toys. He was over-energetic and his father, a truck driver, was worried he’d end up on the street, so he made him audition for the national ballet school, which was state-funded and also provided students with a free lunch. From there he rose to the top, finally joining the Royal Ballet in Britain, where he became an international star. He stayed 17 years, and retired at 43, to form his own company—back in his beloved country, which he’d left but never forgotten.

We felt privileged to be there on such a beautiful evening, which was a rare reminder of the benefits of living in Greece.

Parts of the proceeds of the show will be donated to the organisation Coeurs pour Tous Hellas  (Hearts for All), set up in 2015 for Greek children with congenital heart disease, which has so far supported 106 children with the disease.

12 thoughts on “Dance with Carlos Acosta”