Skip to content
Greek sculptor Natalia Mela, or Nata as she was known, has died peacefully, aged 96. Nata Mela was a force of nature, zipping around her beloved island of Spetses on a motorized tricycle, puffing away on cigarillos and enjoying life to the full. She has left behind a body of work which adorns multiple collections, as well as various public places in Greece. For those who read my post about the naval commander Bouboulina,  it was Natalia who made her statue, which looks over the port on the island she loved for ‘its crystal light and transparent sea.’ 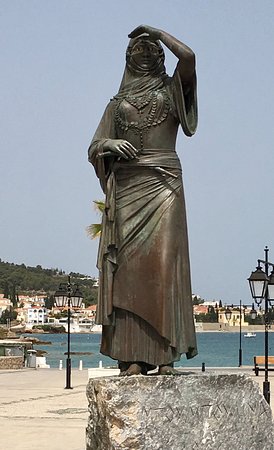 Natalia Mela was born in 1923 to an illustrious Greek family, her ancestors being important figures of Modern Greek history. She was a tomboy, and defied convention, escaping the future her parents had planned for her, which she scornfully described as being ‘a housewife in pearls.’  She was Greek tennis champion in 1940, a nurse during the war, a student at a time few Greek girls went to university. She attended the Fine Arts School in Athens, where she studied under important artists, such as the sculptor Tombros. She also worked with famous architect Dimitrios Pikionis, and made sets for the theatre of Karolos Koun. 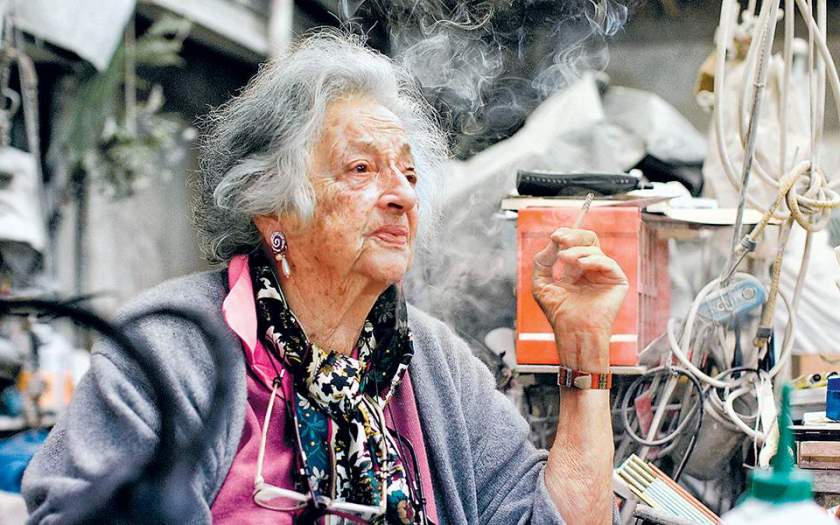 Nata made her studio in an old stable in an Athens courtyard, and obtained  a welder’s licence in order to work with metal. Her main inspirations were nature and mythology, and she used materials such as metal sheets and parts, chains, or even coins, to make her sculptures. She often made animals such as roosters, goats, bulls and doves, and she also loved working with marble and stone. 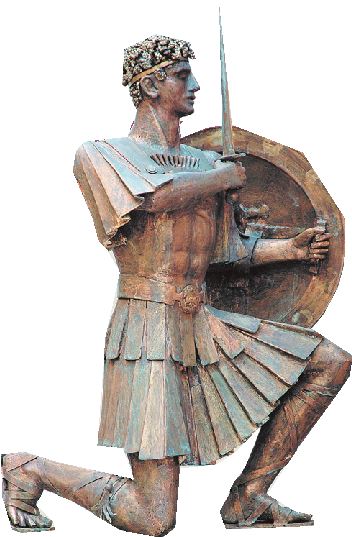 Her chaotic studio was a meeting point for the Athenian intelligentsia of the time, such as artistsTsarouchis and Moralis, and poets Embiricos and Elytis. She met and married architect Aris Konstandinidis in 1952; they had two children, to whom she devoted her time for a number of years, only to take up her work with a vengeance after they were grown, keeping at it until a very advanced age. 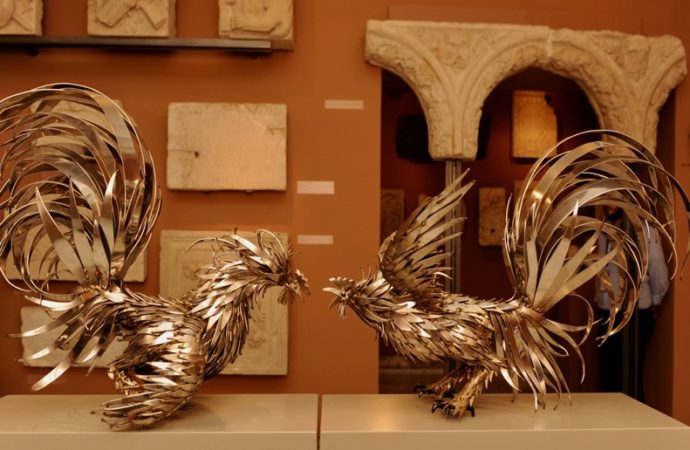 Nata loved life, and Spetses, where she first went with her parents as a child. She and her husband built a house there, to which she returned every year for long summers of relaxation and creativity. She liked to swim for a couple of hours every day, a habit she kept until old age.
I had the pleasure of meeting her on a couple of occasions, and she was a formidable presence. She will be much missed.

23 thoughts on “Natalia Mela, a grande dame of Greek sculpture”