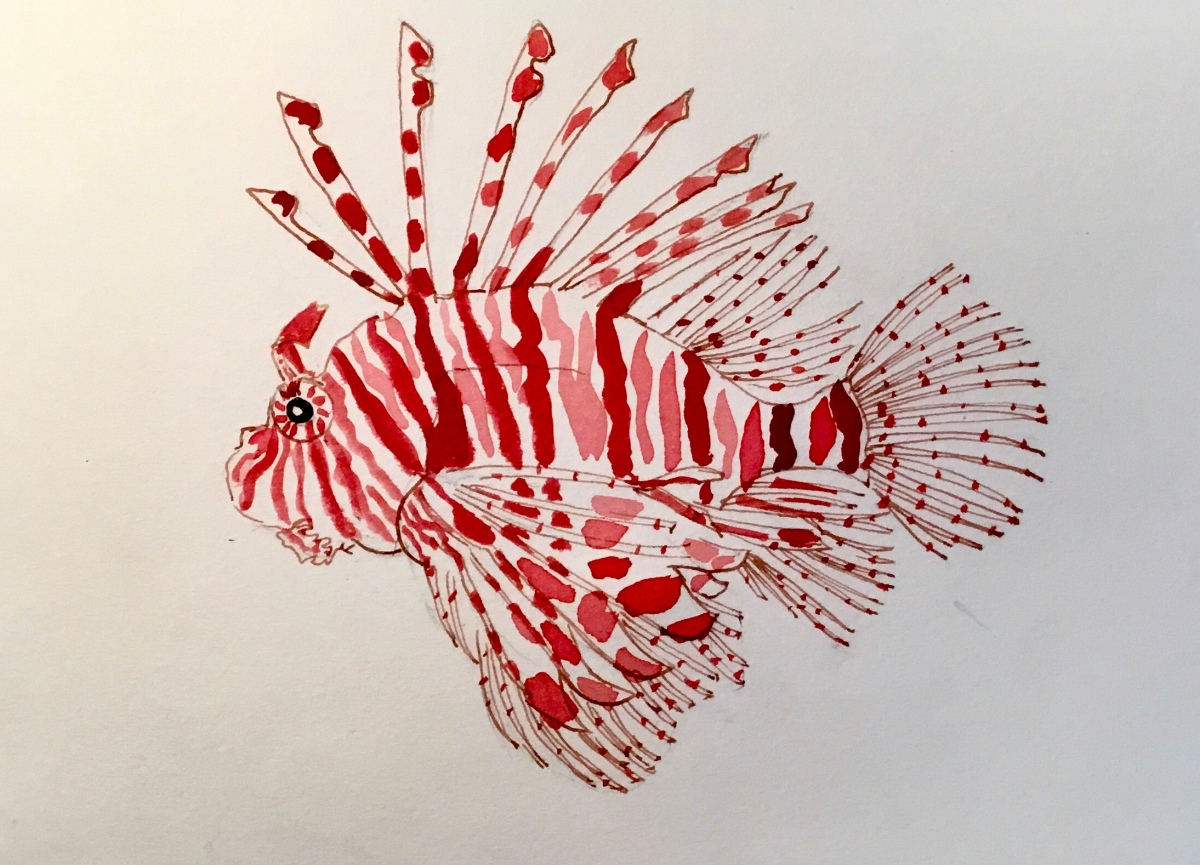 It seems the Mediterranean is now full of ‘alien’ fish, which decided to emigrate to better seas, and so swam there from the Indian Ocean via the Suez Canal.

They have thrived to the extent they are now threatening the eco-system, being both prolific breeders and aggressive towards native species; but they are already too numerous to eradicate.
So, what is the next best solution? Why, eating them of course, and thus killing two birds (fish?) with one stone: hopefully equilibrium will be established, while at the same time we can complement our calamari with rabbitfish, trumpetfish and lionfish.

At least this is the original idea of Greek conservationists, who have come up with a cookbook of recipes, so that tourists can be encouraged to try these new species. ‘Recipes for Edible Alien Species’ is published by two conservation organizations, the Cyclades Preservation Fund and iSea.

In the book, written in both Greek and English, Greek chefs have paired these species with classic Mediterranean ingredients like olive oil, garlic, tomatoes and parsley. While it doesn’t have the glamour of a Nigella cookbook, the recipes sound delicious: it would probably be a good idea to take some good photos of the finished dishes and post them on Instagram. You can find the cookbook here

Tempting locals and tourists to eat the invaders will help the environment, but also fishermen to make a living. A campaign called Pick the Alien, launched in a few islands such as Santorini, Amorgos, and Zakynthos, aims to encourage people to choose these fish on the menu of their favorite fish taverna.

Would I try them? Of course. I’m always in favour of new tastes, as long as it’s not fried insects or monkey brains, even if the former are also touted as a help for the environment.