In 1900, Greek sponge divers came upon a shipwreck off the island of Antikythera. From a depth of 45 meters they retrieved numerous large artefacts, including bronze and marble statues, pottery, unique glassware, jewellery, coins and various other objects. Among them was a lump of corroded bronze and wood which went unnoticed for two years, while museum staff worked on piecing together the larger statues.

One such was the Antikythera Ephebe, dated 4th century B.C., who now stands in the archaeological museum of Athens. 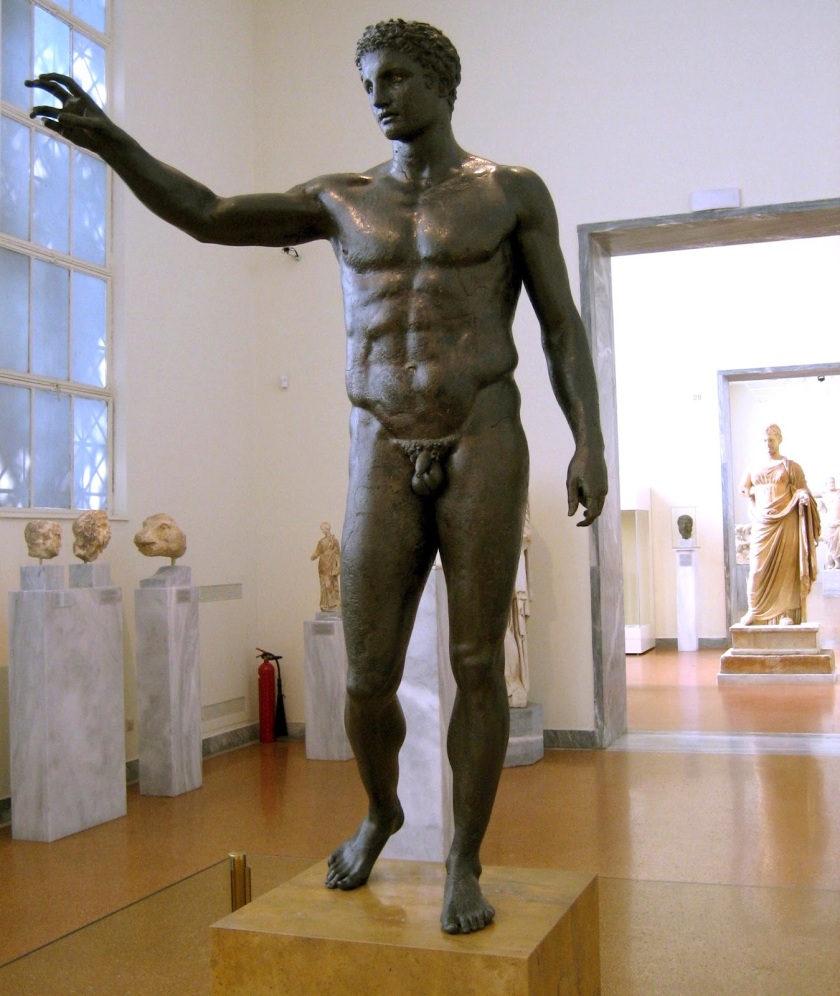 After some time the above-mentioned ‘lump’ was examined, but investigation led nowhere until 1971, when British science historian and Yale University professor Derek J. de Solla Price and Greek nuclear physicist Charalampos Karakalos thought to use  X-ray and gamma-ray images.
They thus discovered the now famous Antikythera mechanism, an ancient Greek analogue computer and orrery used to predict astronomical positions and eclipses for calendar and astrological purposes. It could also track the four-year cycle of athletic games which was similar (though not identical) to an Olympiad, the cycle of the ancient Olympic Games.

It is a complex clockwork mechanism composed of at least 30 meshing bronze gears.

Since then, underwater excavations have resumed on the wreck, a large 50-meter ship sailing from Asia Minor to Rome in 1BC. This year on 4 October, an international team excavating the site announced that during a 16-day dive season the previous month, they had found several major statue pieces, including two marble feet attached to a plinth, part of a bronze robe or toga, and a bronze male arm, with two fingers missing but otherwise beautifully preserved. A slim build and “turning hand” gesture suggest that the arm may have belonged to a philosopher, according to archaeologists.

Below is a fascinating film of the expedition, giving a glimpse into what it’s like to be a part of such discoveries. Teamwork, bolstered by technology and plain old elbow grease.

10 thoughts on “Treasure in the sea”