Octopus makes a frequent appearance on the menu in a Greek diet, either simply boiled and served with vinegar, or grilled over charcoal. It’s offered in fish tavernas as part of the starters, and tentacles hanging on a line to dry in the sun can be seen in seaside villages and on the islands. It is delicious.

My taste for it, however, was somewhat diminished after watching a fascinating documentary called An Octopus in my House. Marine biologist Professor Scheel of Anchorage, Alaska, finding himself with an empty living room after his ex had absconded with most of the furniture, brings in a huge saltwater tank into which he installs a large blue octopus, which is treated as a pet by him and his 16-year-old daughter, Lauren. They proceed to observe its behavior and, basically, make friends with it. 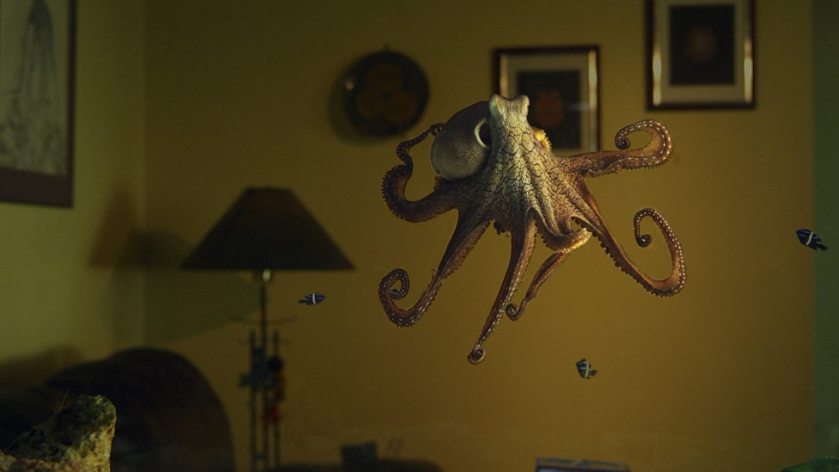 The film does not try to be strictly scientific, although it is interspersed with footage from studies of octopuses in Sidney and Indonesia. It marvels at the amazing properties of an astonishing animal, which has three hearts, blue blood and no skeleton. Heidi, as Scheel and his daughter name their pet because she spends the first few days hiding in her den, soon joins in the fun and seems to enjoy their company, glueing herself to the glass wall of her tank while they watch television, wrapping her tentacles round Lauren’s hands and sending sprays of water up her sleeves, as well as playing with various objects they introduce her to, such as the LEGO house below. Being a day octopus means she is active in the daytime, and she entertains her hosts with dramatic shifts of form, color and even texture. Watching her change colors while she sleeps, they even guess she might be dreaming. 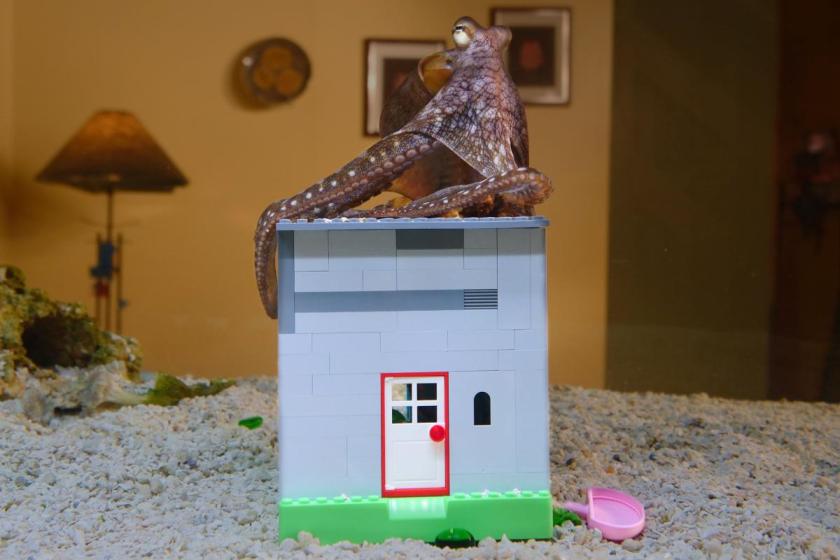 I watched the film with two 12-year-old boys who  found it as riveting as I did (it also made a change from anime!). One question, however, was not addressed in the film: how they cleaned the tank, which always looked pristine, with crystal clear water. Also they never seemed to worry about being bitten, although octopuses are fearsome predators with venomous beaks.

Should you come upon this BBC Two documentary, I highly recommend it. Here is a taste below.

17 thoughts on “A strange pet”