Some time ago, an elderly man with dementia wandered out of his house in Montauk, Long Island. After a three-week search, he was found dead in the woods, a fitting end for someone who loved nature as he did. The man was Peter Beard, 82, photographer and artist by profession, adventurer and playboy by nature. 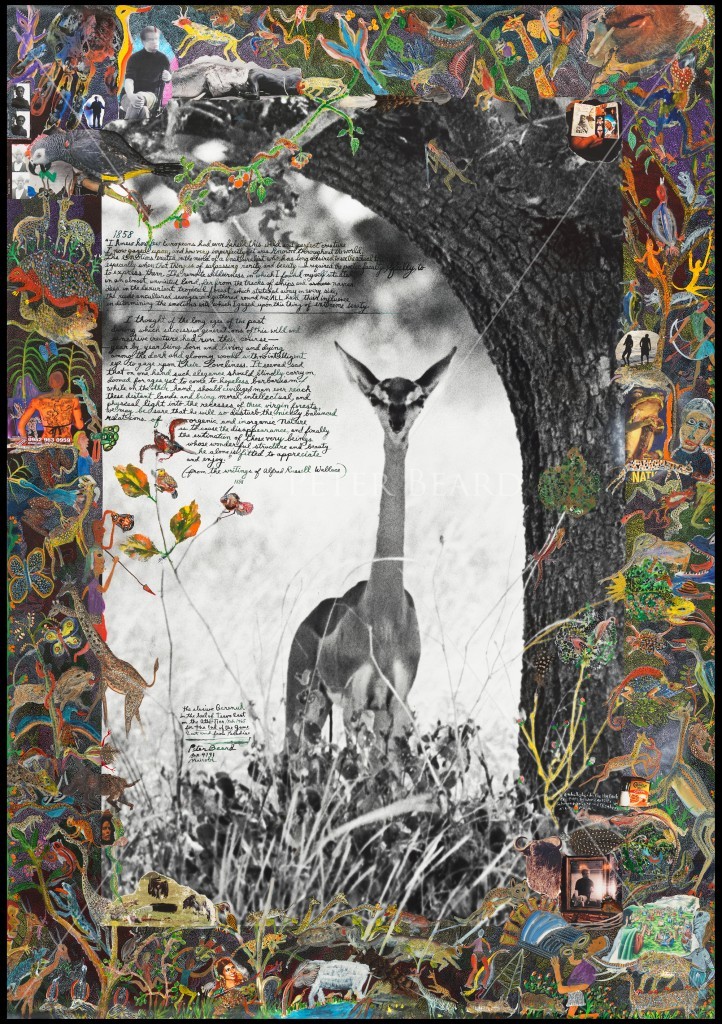 In 1996, I came by chance upon his exhibition Carnets Africains, at the Centre National de la Photographie, in Paris. His works entranced me: huge photos of wildlife, in black and white, embellished all around with smaller pictures, ink drawings, diary and sketchbook pages, magazine cuttings, dried leaves, ticket stubs. Sometimes he’d drawn or scribbled over the central picture itself, with red or black ink, or colors. Each work was a whole, sometimes heart-rending, world into which you entered and wandered about. The artist himself was there in the gallery, walking around with a cane, since he was recovering from having been trampled by an elephant.

Born into wealth and privilege in New York, Peter Beard was possessed of an artist’s eye and a love of animals from a young age. He found fame as a photographer of African wildlife and of beautiful women, and also as a diarist and collagist of rare insight. 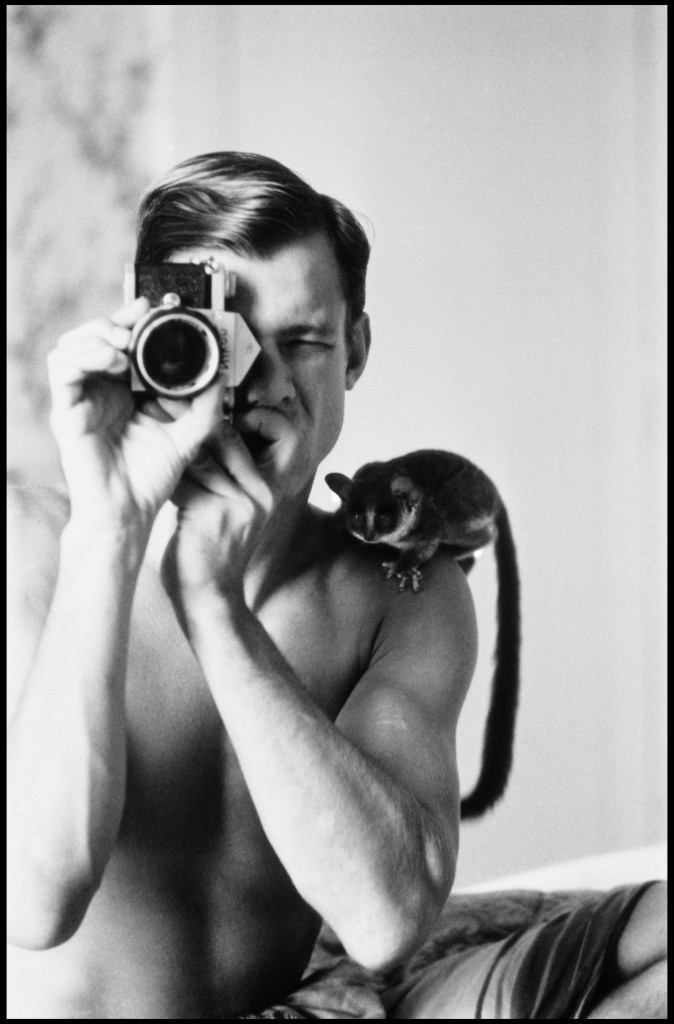 As a young man, Beard fell in love with Kenya where he’d travelled after being inspired by the book ‘Out of Africa’. He eventually bought a property named Hog Ranch, next to the estate of its author, Karen Blixen (pen name Isak Dinesen). He photographed the plight of elephants and other wildlife at Tsavo National Park, eventually producing a book called The End of the Game. In the second edition, he documented a massive population die-off in Tsavo of 35,000 elephants and 5,000 rhinos as the animals succumbed to starvation, stress and density related diseases.

His main area of focus, and great cause of sadness, was mankind’s negative impact on the natural world. In his own words: “The beautiful play period has come to an end. Millions of years of evolutionary processes have been destroyed in the blink of an eye.”

Beard spent decades photographing Africa and its creatures, but he was a man of extremes: swimming in croc-infested waters one day, painted by Francis Bacon the next. Because he was also a bon vivant, party animal, and lover of beautiful women, befriending and photographing a wide range of celebrities and icons. He became well known for his hedonistic and flamboyant playboy lifestyle. Bob Colacello of Vanity Fair famously described him as: “half Tarzan, half Byron.”

For twenty years, from the mid-60s to the mid-80s, Peter Beard was the Golden Child of New York. He knew everyone and was friends with the likes of Jackie Kennedy, Francis Bacon, Mick Jagger, Truman Capote and Andy Warhol. He partied with models at Studio 54, and partook of any recreational substance available. However, he was liked and respected by all, because he was good-hearted and never put on airs.

Beard was married three times, first to socialite heiress Minnie Cushing, then briefly to model Cheryl Tiegs, and thirdly to Afgan-born Nedjma, who survives him with their daughter, Zara.

His charmed life, however, suffered some serious reversals: he barely survived the encounter with the elephant, which left him with some serious injuries.  Also in 1977 his house in Montauk burned to the ground, and with it it thousands of photos, a processing lab, a 20-year scrapbook diary, and more. Despite the huge financial loss, what hurt him most was the loss of the irreplaceable scrapbooks.

By the 1970s, Beard had created a unique series of artworks by combining photographs, text from his daily journals and various found objects such as dried leaves, insects and newspaper cuttings, and sometimes animal blood, or even his own. This body of work is his legacy: a far-sighted and deep commitment to the cause of reversing, or at least halting, an African ecological catastrophe.
In the course of a Vanity Fair interview, he once declared: “We’re in deep shit.” And indeed, unfortunately he’s being proved right. 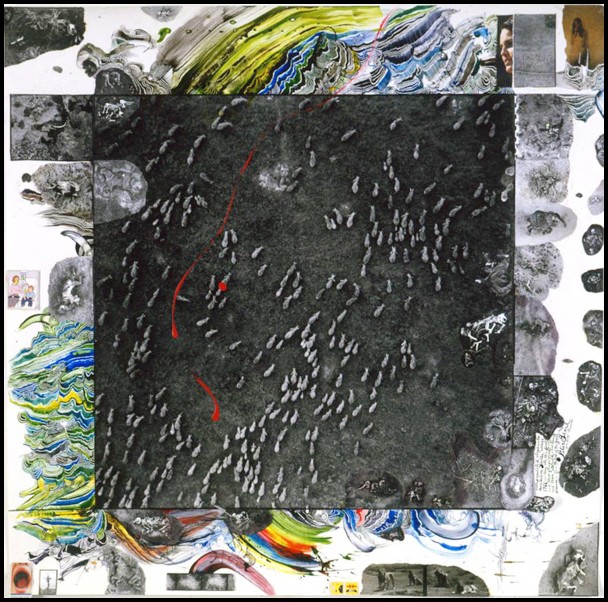