Who could resist reading an article with a title like that? Who even knows what a spitzmaus is? Clue: the article was about an exhibition at the Kunsthistorisches Museum in Vienna, so the obvious guess was that it’s German for some kind of rodent. So far, so intriguing, but what was more, the exhibition in question was curated by Wes Anderson, of whom I am an ardent fan. A trip to Vienna started looking like a tantalizing prospect, especially since there was another blockbuster exhibition on in the same museum, a collection of paintings by Pieter Bruegel the Elder. A mini- break with friends was duly organized.

In 2012, the Kunsthistorisches Museum Vienna started a new series of exhibitions where creative individuals were invited to put together their own personal selections of objects drawn from the museum’s historical collections, which number more than four million objects, and span a period of five thousand years. The first was curated by the painter and draughtsman Ed Ruscha, and the second by the British ceramicist and writer Edmund de Waal (whose book, “The Hare with Amber Eyes”, is about a collection of special objects.) 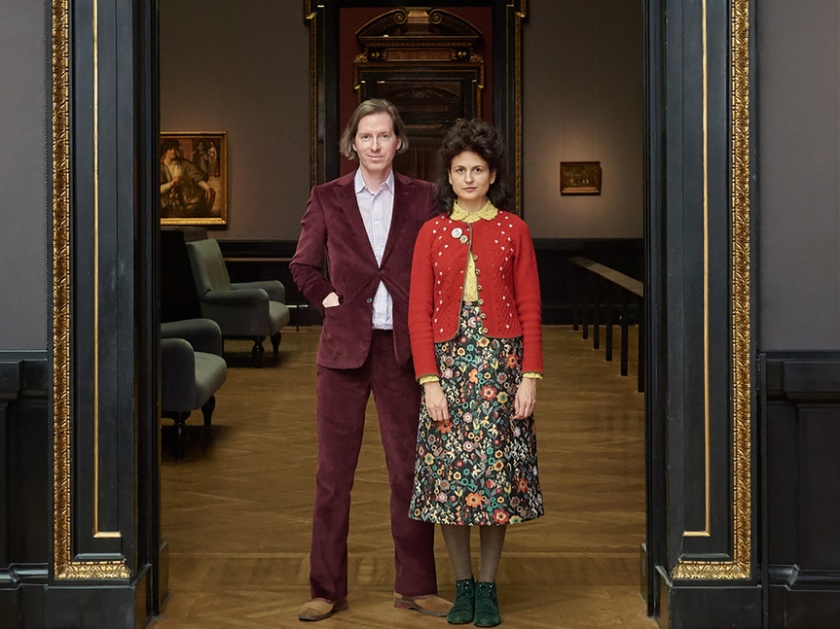 For this year’s exhibition, cult director Wes Anderson (“The Grand Budapest Hotel”, “The Darjeeling Limited”, “The Royal Tenenbaums”) partnered up with costume designer and author Juman Malouf to sift through the museum’s vast collection, probably driving the staff mad in the process, which took two years. They came up with an eclectic selection of 423 objects, of which 350 came from the museum’s warehouse and have never before been shown to the public.

The collection is quirky, just as expected. Totally disparate objects are lined up next to each other, sometimes the only obvious connection being that they are of the same color. Below, in the green room, a huge emerald in front of a green dress worn in a production of Hedda Gabler. 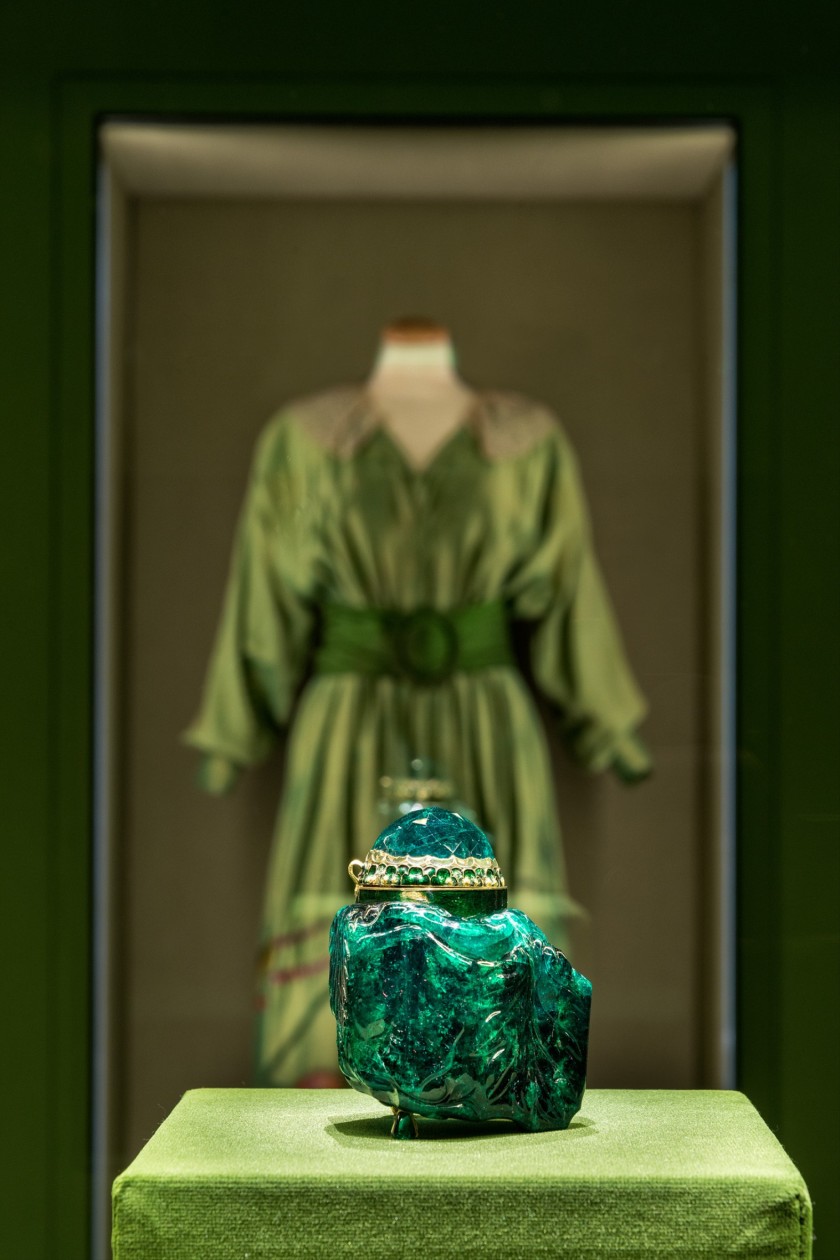 The exhibits come with no explanations written on the cases, so that the viewer must figure out the connections for himself, without distraction ( however, booklets are provided with lists where you can look the exhibits up). And, speaking of cases, one of the rooms is entirely devoted to just that—weirdly shaped decorated boxes containing such disparate things as a scepter, a collection of flutes or a crown. There is ‘a suitcase for the war-robe of a Korean Prince’, and a ‘case for one hundred ostrich feathers’. And there is a large, completely empty glass case—the premise here being that we seldom look at the cases themselves, only at their contents.

The main object of the exhibition is to point out invisible affinities between very different worlds.

Next to the room mentioned above, with the exclusively green objects of every kind and every era, there is another with an assortment of animals, some stuffed, some carved, and three black emu eggs in a custom-built case that looks like an incubator. All are arranged around the famous spitzmaus, an Egyptian mummy of a shrew, in its own tiny wooden sarcophagus with its portrait pained on the side. By the way, I looked it up, and a shrew is not a rodent at all. 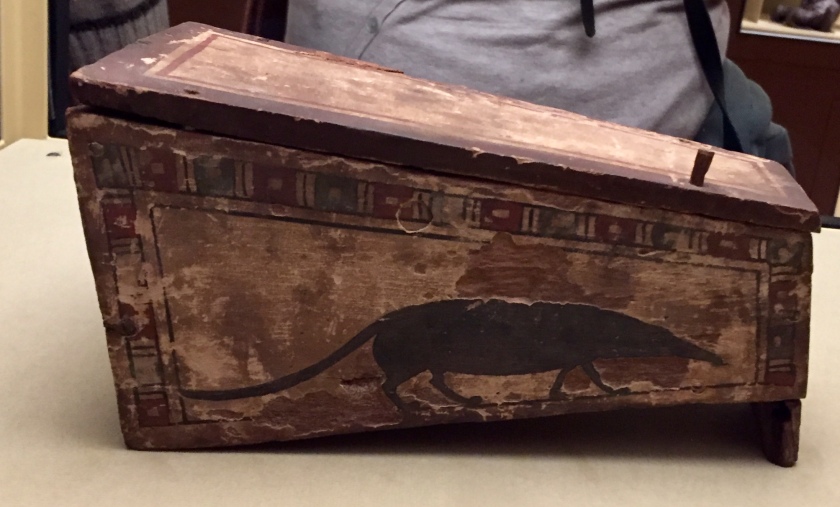 There are also 16th century portraits of the Petrus Gonsalvus family, all suffering from hypertrichosis (see one of their unlucky offspring below), and 22 exposed busts, arranged not in chronological order but according to size. 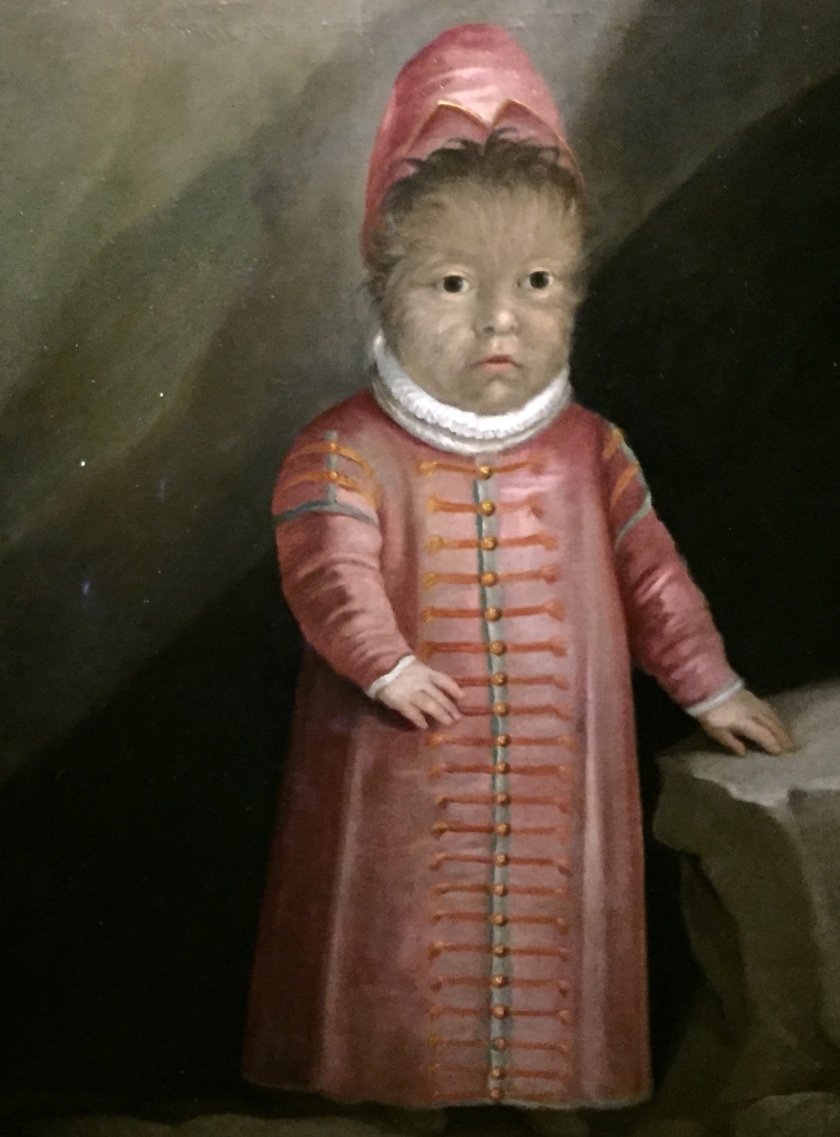 There are miniature snowshoes,

And a room devoted to portraits of children. 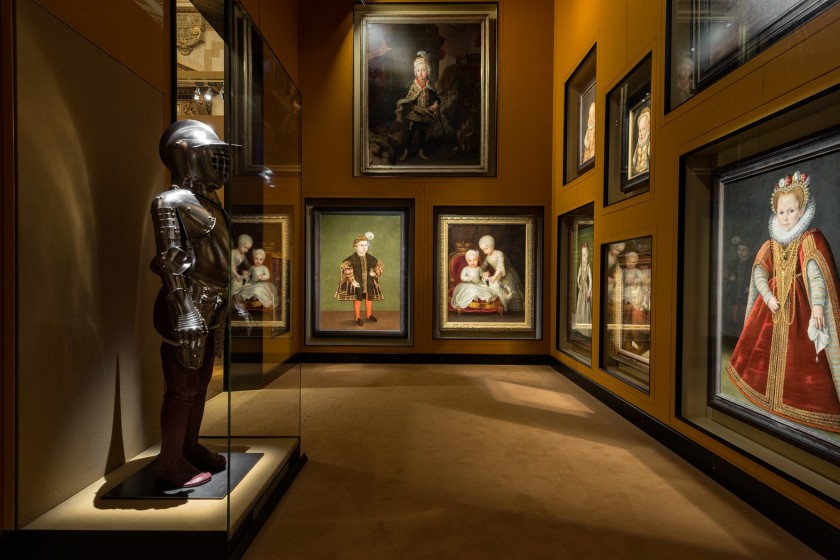 The exhibition was wonderful—and outside, there was Vienna,  and concerts 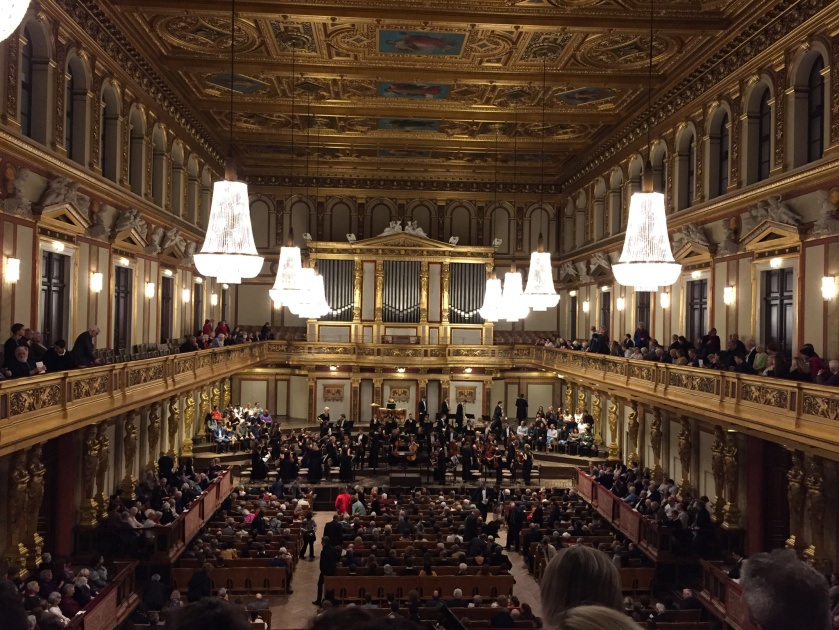 and statues, and Christmas markets. 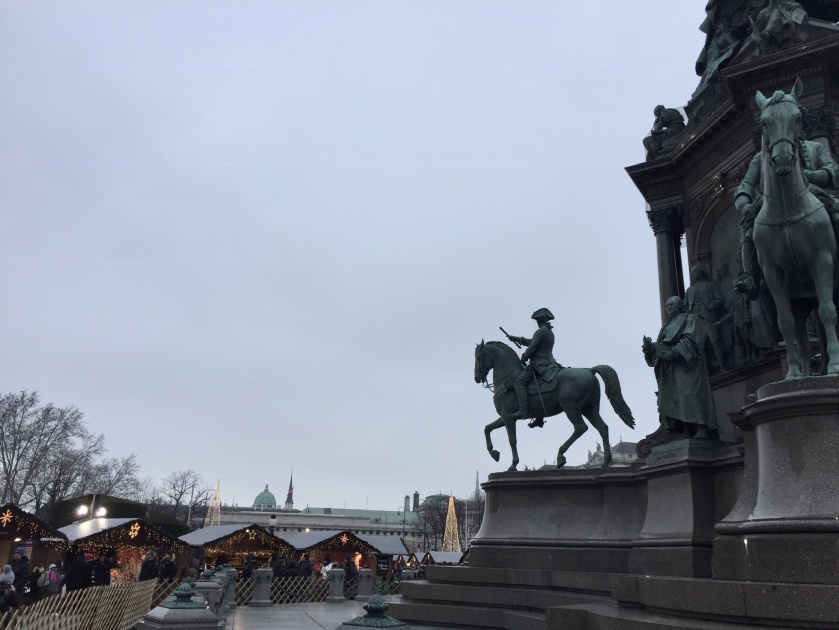 And to eat, schnitzel, and strudel, and hot chocolate. And of course, the Breugel exhibition, of which more to follow. 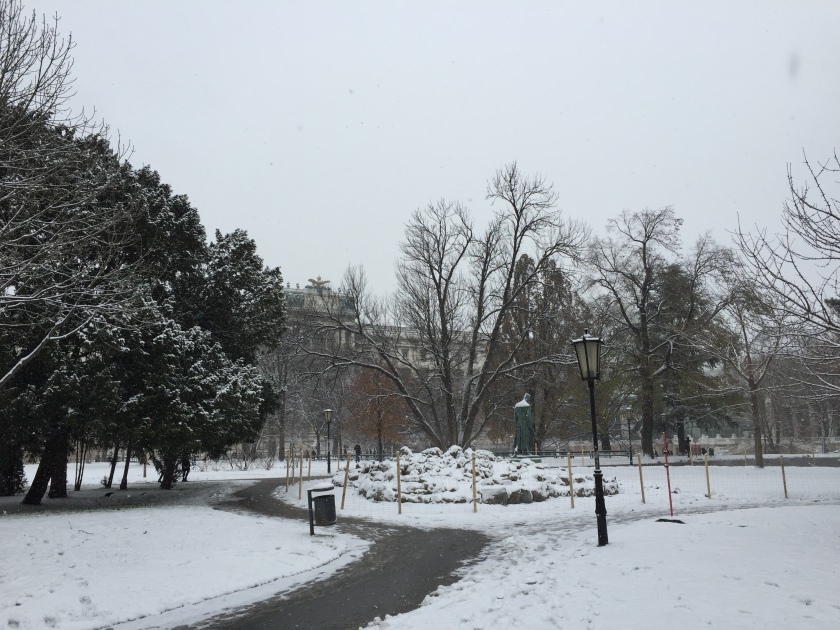 23 thoughts on “The spitzmaus mummy and other treasures”